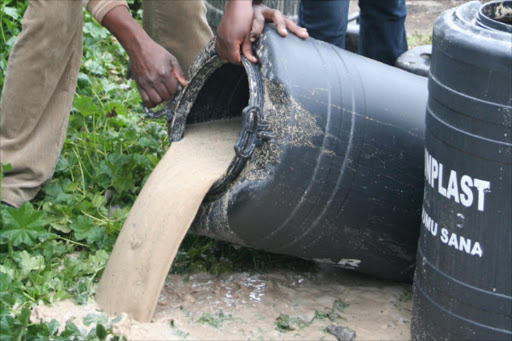 The third Covid-19 wave has shaken Kenya to the core with the number of cases having increased three-fold.

Even with all the measures and enforcement activities, there have been cases of revellers flouting the rules to continue enjoying their drink. There is a misguided belief among imbibers that those who specifically consume hard drinks are almost immune to the virus. The argument is loosely based on the fact that sanitiser, which is alcohol based, can kill the virus and as such alcohol in its complete form provides an internal buffer against Covid-19.

At some point, there were reports that the consumption of chang’aa (a potent traditional home-brewed spirit, popular in Kenya and made from fermentation and distillation of grains such as millet, maize and sorghum) had significantly gone up in rural and informal settlements. This was mainly attributed to the myth that the highly intoxicating spirit would provide protection against the virus.

Truth of the matter is that Ethyl alcohol (ethanol), the substance contained in alcoholic beverages, is responsible for most of the harm that arise from their consumption, regardless of whether it is consumed in the form of beer, wine, spirits or in whatever other form.

The myth can easily be countered by the scientific fact that consuming alcohol will not destroy the virus, but is essentially likely to increase the health risks if a person becomes infected. Alcohol (at a concentration of at least 60 per cent by volume) works as a disinfectant on your skin, but it has no such effect within your system when ingested.

According to the World Health Organization, another commonly held belief is drinking strong alcohol kills the virus in the inhaled air. While this is scientifically impractical, it is also important to note that it will not disinfect your mouth and throat; and it will not give you any kind of protection against Covid-19. If anything it has a harmful effect on your immune system and will not stimulate immunity and virus resistance.

WHO advises imbibers to avoid alcohol altogether so as to not weaken their immune system and health, and not put the health of others at risk in the process. If someone has to drink, it is advised that they keep their drinking to a minimum and avoid getting intoxicated. The more the flow of alcohol in a sitting, the more social distancing becomes foggy.

There are those, who upon testing positive for Covid-19, are categorised in the ‘out-of-danger’ group whose management is referred to the home environment. Since this category is mainly asymptomatic, they are increasingly finding themselves with a lot of time on their hands during the quarantine period.

Such people are advised that alcohol is not a necessary part of their diet and as such it should not also be a priority. They are further advised to avoid storing alcohol at home, as this will potentially increase their alcohol consumption and the consumption of others within their households. In other words, they run the risk of turning their homes into alcohol addiction centres.

People with alcohol use disorders are at greater risk of Covid-19 not only because of the impact of alcohol on their health but also because they are more likely to experience confinement or home­lessness than other members of the populace. It is therefore vital, under the existing conditions, that people who need help because of their alcohol use get all the support they need.

The National Authority for the Campaign Against Alcohol and Drug Abuse has a fully-fledged counselling unit that can be reached through a toll-free line, 1192, on weekdays during working hours. This is among the many strategies employed by Nacada to assist persons with substance use disorders cope with their conditions during these moments of uncertainty.

South Africans cheer as alcohol goes back on sale

The alcohol ban was to allow police and hospitals to focus on tackling virus.
News
10 months ago

Crackdown to be conducted, those arrested to be quarantined at their own costs
Counties
11 months ago

PS says sanitisers can easily be abused because it is 70 per cent alcohol.
News
3 months ago
by SIMON MWANGI
Columnists
07 April 2021 - 04:00