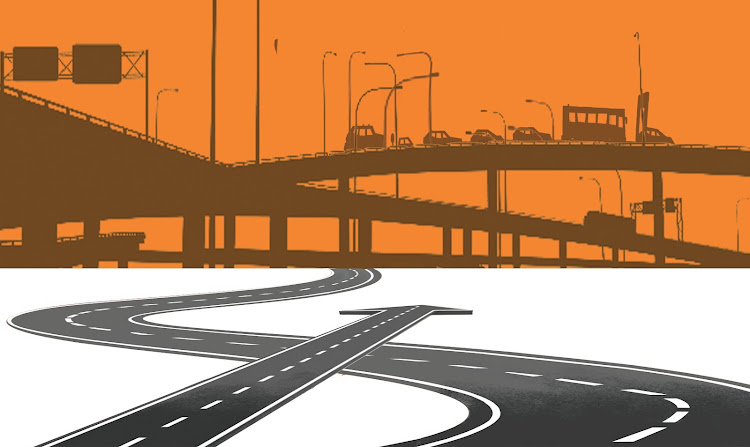 The earlier part of this week was dominated by matters of infrastructure: from the US we learned that “President Biden plans to present his next big spending push in two pieces, starting with the unveiling of a massive infrastructure proposal this week…The plan includes spending on bridges and roads...” Etc.

Closer to home, we had the oddly named “Ever Given” giant container ship stuck in the Suez Canal for six days. In the process, it was blocking all traffic through this busy shipping route, creating a backlog (by the time it was re-floated) of at least 420 vessels, and leading to losses of billions of dollars a day.

All this should be of great interest to us in Kenya, as we have a president who has placed a huge bet on the implementation of several large infrastructure projects – some complete and some ongoing – as a key component of his legacy.

Now whereas Biden’s plans can only be adequately assessed some years from now, a lot is already known about the Suez Canal. Back in the day, it was impossible to sit for a national geography exam, without being grilled on all kinds of details pertaining to the Suez Canal. Of these details, none is of greater relevance to Kenya right now than that the Egyptians earn roughly $5.6 billion from it every year – a sum which is even more impressive if converted to Kenyan currency (approx Sh600 billion).

But even when no direct revenues can be generated, infrastructure can still play a major role in promoting economic development.

A classic example here is seen in that there are roughly four times as many beach resorts, holiday homes, etc, to the north of Mombasa (in what we call the North Coast) as there are in the South Coast.

The main difference between the two regions, which would otherwise have the same high potential for beach resorts and other holiday accommodation, is that to the north of the Mombasa tourism hub, there are a series of modern bridges leading all the way to Malindi and beyond.

At the present time there is an even bigger opportunity on the horizon, which Kenya can only fully exploit if it has the right kind of infrastructure. This is the opportunities for intra-Africa trade which will come from the creation of the African Continental Free Trade Area founded in 2018, and operational since January 2021.

While to get to the South Coast, you either have to fly to the Diani Airport (which is really a rather tiny airfield) or you have to cross over from Mombasa via the Likoni Ferry, famous for its hours-long delays.

So, Kenya’s coastal tourism rests squarely on the superior North Coast infrastructure financed and built over time (from the 1980s to the 1990s) by Japan.

At the present time there is an even bigger opportunity on the horizon, which Kenya can only fully exploit if it has the right kind of infrastructure. This is the opportunities for intra-Africa trade which will come from the creation of the African Continental Free Trade Area founded in 2018, and operational since January 2021.

Now obviously it will take a while to really get this going. But we can get some idea of the opportunities, by considering that Mombasa is not only a hub for tourism. It is also a transport and logistics hub, with the potential to serve a vast hinterland of more than 200 million people – in the process opening up the greater part of Eastern and Central Africa to the economic opportunities desperately needed in this region.

An example of how this could happen is illustrated by a late 20th century DR Congo corporate, which once had a prominent presence in Mombasa before that country descended into the current endless spiral of violence. This was OZACAF – a coffee exporting government-owned corporation. It showed what was possible when landlocked nations utilise the port facilities and logistics and transport infrastructure of neighbouring countries.

For although DRC (back then known as Zaire) is not landlocked, its outlets to the Atlantic – the ports of Matadi, Boma, and Banana – are not only very small, but are also further from the coffee-growing areas of Eastern DRC than Kenya’s port city of Mombasa.

But even more important than distance was infrastructure. The roads from Mombasa to the major towns of Eastern DRC – Bukavu, Goma, and Kasangani – were very much superior back then to any roads that could be used to take farm produce all the way to the Atlantic coast.