China is a sincere advocate of Africa's development

The friendship between China and Kenya goes back a long way

• The SGR is a flagship project that demonstrates the superb speed and outstanding quality that can be achieved under China-Kenya cooperation.

• The construction of the Mombasa-Nairobi SGR has boosted Kenya's economic growth by 1.5 per cent and created 46,000 jobs for her population. 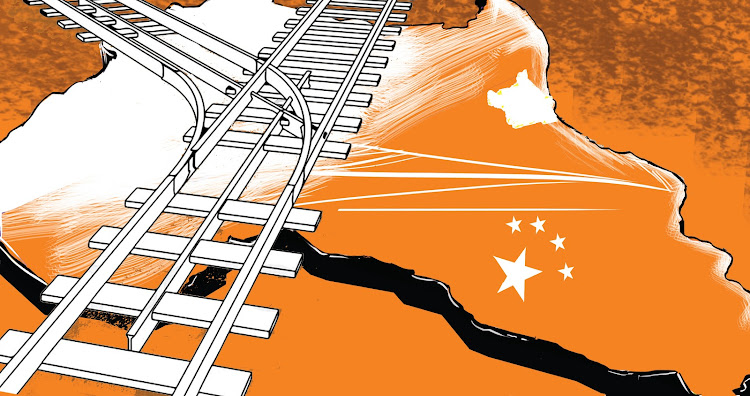 Kenya became my dream destination when I, as a college student, read a Chinese lady’s fascinating travelogue entitled "One Person’s Africa".

However, it was not until 2018 that I finally set foot in this charming and wondrous country in East Africa. In the past three years, I have travelled numerous times across Kenya, yet never have I ceased to be delighted by the magnificent scenery of this country and the well-known hospitality of her people.

The friendship between China and Kenya goes back a long way. Over 600 years ago, the fleet led by the great Chinese explorer Zheng He visited the Kenyan coast four times during his seven voyages to the “Western Seas” (ie the Indian Ocean), leaving us with beautiful stories to be told across centuries. To this day, the legacy of friendly exchange between the two nations continues to be honoured by the substantial collection of Ming porcelain at the local museum of Lamu,

My first journalistic mission in Kenya took me to the SGR, one of the most important projects between Kenya and China. While traveling by train would be nothing new to me in China, I found my experience with the SGR so delightfully different. I was amazed by the standard of service as well as the wonderful scenery along the way.

As the largest infrastructural facility since Kenya gained independence in 1963, the SGR is a flagship project that demonstrates the superb speed and outstanding quality that can be achieved under China-Kenya cooperation. Moreover, construction of the Mombasa-Nairobi SGR has boosted Kenya's economic growth by 1.5 per cent and created 46,000 jobs for her population.

My trip was made even more unforgettable by the fact that it was shared with a group of excited Maasai children. Fridah Namayiana, a Maasai girl from Olmaa Community School, told me it was her first time to take a train. She wished to see more of the outside world and be able to serve her country one day. Her words made me realise that the SGR is not only transformative for Kenya’s economy, but also significant for her children’s future.

Last year was tough as Covid-19 affected all countries, including China and Kenya. However, our cooperation and mutual assistance in the fight against the pandemic has set a prime example of solidarity. When China was in its darkest days, invaluable support, both material and otherwise, was received from our Kenyan brothers and sisters. This is something the Chinese will never forget. When the pandemic hit Kenya, China was among the first to extend a helping hand. . We shared our experience in tackling the virus without reservation and delivered multiple batches of medical supplies to the best of our ability.

Since the 18th National Congress of the CPC, President Xi Jinping has set great store by China’s relations with Africa. His selection of Africa as the destination of his first overseas visit as the Head of State of China highlighted the importance of China-Africa cooperation.

In 2013, President Xi laid down the guiding principles of China’s Africa policy—sincerity, real results, amity and good faith, as well as pursuit of the greater good and shared interests—and called for building a stronger China-Africa community with a shared future. His devotion to leadership diplomacy with Africa has given a strong boost to the bilateral relations.

In the past eight years, China-Africa cooperation has yielded remarkable results under the policy of friendship and sincerity. In 2019, China’s direct investment in Africa topped $49.1 billion, up by nearly 100 times from 2000; China-Africa trade reached $208.7 billion, 20 times the level in 2000.

China has been Africa’s largest trading partner for 11 years in a row and has contributed to more than 20 per cent of Africa’s economic growth for a number of years.

China is on track to becoming Africa's top trading partner for the 12th consecutive year. Many flagship projects – the African Union Conference Centre, the Addis Ababa-Djibouti Railway, and the Mombasa-Nairobi Railway, to name a few – have been completed and put into operation. Collaboration in other fields, ranging from science, education, culture and health to people-to-people exchange and peace and security, is also making significant headway.

Despite the distance of 10,000km between China and Kenya, our hearts are pretty close. Different as we are in culture in history in language and in our aspirations, we are both part of a community with a shared future for humanity.

China and Africa are at a crucial stage in their pursuit of development and rejuvenation. The Chinese and African peoples have every right to live a better life. My Kenyan friends told me that they have an African dream. Moving forward, China will remain an integral part of the African dream.

Yang Qiong is a journalist with China Media Group