Why BBI will require a referendum

• MPs are not going to let the BBI pass through Parliament without opening the document.

• In fact, the major reason we are in a ‘constitutional moment’ right now is because politicians have always hijacked the constitution-making process. 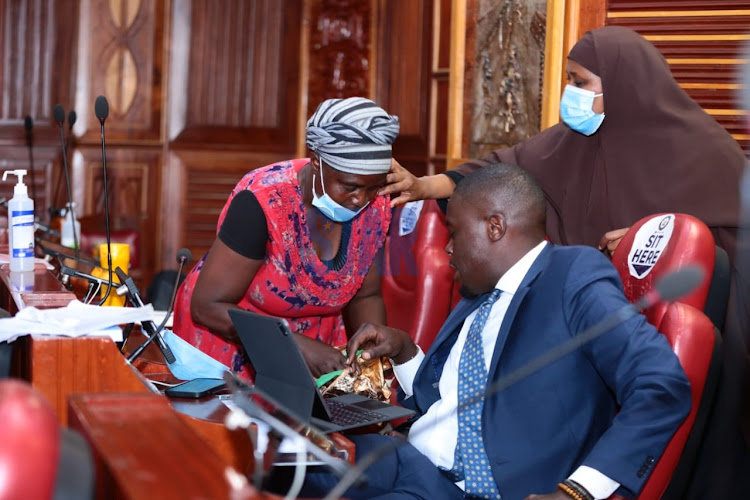 Constitutional lawyer and former member of the defunct Commission for Implementation of the Constitution, Kamotho Waiganjo, on February 6, 2021, opined a very interesting and thought-provoking piece headlined: ‘How and why BBI may not require a referendum after all’.

In this article, Waiganjo puts a case, with four compelling reasons, on why the process of amending the 2010 Constitution might be realised at Parliament and not with a vote as it has been anticipated.

His reasons were that the BBI Bill would only need a referendum if it fails to pass through Parliament — which according to him is impossible considering the overwhelming acceptability of the Bill in the county assemblies. That the Bill does not touch on the 10 protected provisions set out in Article 255.

That the current political temperatures may not be favourable for a referendum considering the hustler narrative is gaining ground — which is in support of the hustler reasoning that they have the numbers so the establishment might fear a referendum vote. And, finally, that it is too expensive to conduct a referendum bearing in mind the cost implication and the state of our economy.

Even though these arguments are intellectually valid, they are politically and legally naïve. Here’s why.

First, and as has been their tradition, MPs are not going to let the BBI pass through Parliament without opening the document. In fact, the major reason we are in a ‘constitutional moment’ right now is because politicians have always hijacked the constitution-making process.

Kenyans have always been clear about what they want and that’s why any attempt at making or amending the constitution will always bring up the Ghai and Bomas Drafts. These two drafts, especially on the structure of the Executive, called for a dual Executive with a largely ceremonial president and a strong prime minister.

However, the Wako Draft, Harmonized Draft and Naivasha Draft — with the influence of politicians covertly and overtly — were in one way or another obsessed with having an executive president. And the rest is history because the proposals in the Naivasha Draft, by a parliamentarian committee, made it to the 2010 Constitution thus the structure of the Executive as we have it today.

But unlike the past where politicians hijacked the constitution-making process for, clearly, selfish reasons, the interests of the current political class that would want to hijack the BBI constitutional amendment process are somewhat aligned with those of the people.

My hunch is that MPs would fine-tune the proposals to change the structure of the Executive to a parliamentary system. And in doing so, a referendum is inevitable.

That said, the BBI proponents wanted a referendum as early as yesterday for political reasons. Even if the BBI report had recommended the removal of a comma in the Constitution the referendum drums would still be beating.

But, considering conducting a referendum because of a comma would have been a frivolous reason, and that there were more legitimate reasons as mentioned earlier, the equation was worked backwards. This is a clear case of the dictum the ends justify the means. Added to that is the fact that the law is always at the service of politics.

Legally, the BBI Bill affects the structure and architecture of the Constitution in huge proportions that it is impossible not to go through a referendum to effect the changes.

Finally, on the question of there being money to conduct a referendum or not, it is the prerogative of the government to tell Kenyans whether we have the funds. Waiganjo and I are not financial experts. So far, the government has said there is money for a referendum. Who are we to say there isn’t?