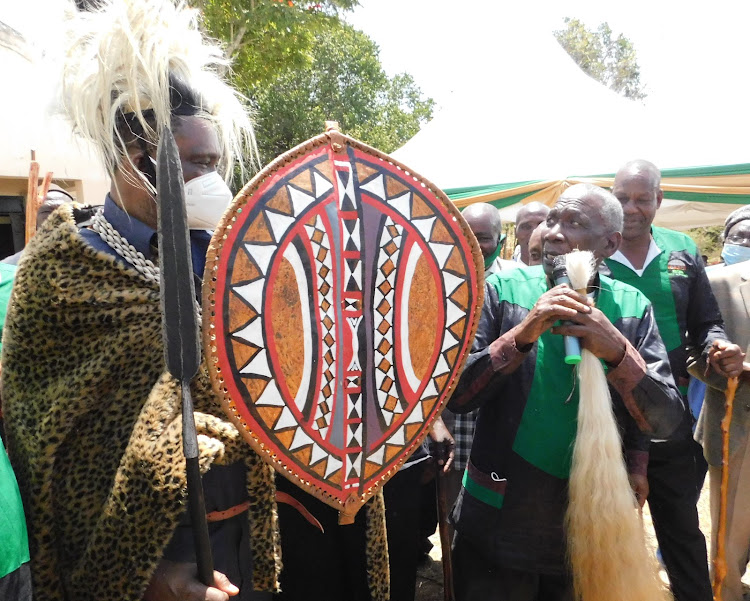 His mission was to be crowned a Kalenjin elder, a task that he eventually concluded 21 days later at Kapsisiywo in Nandi.

Similar instruments of power were given to Deputy President William Ruto some nine months ago – June 7, 2020, although the group that led his crowning said it only held prayers for their son.

MPs on March 9 spent the better part of their afternoon time in the chambers heaping accolades on Speaker Justin Muturi.

Reason, his crowning by the famed Njuri Ncheke elders as Mt Kenya spokesman elevated him to an important person – somewhat beyond his current posting as the country’s third in command.

He was the fifth to be handed the crown. Kenya’s founding father President Jomo Kenyatta, former President Mwai Kibaki, President Uhuru Kenyatta, and Meru Governor Kiraitu Murungi are among Mt Kenya leaders who the Njuri Ncheke have ‘blessed’.

Back in January 2017, Amani leader Musalia Mudavadi was crowned the Luhya spokesman in a pompous event at Bukhungu stadium.

Some two months before then, Luo Council of Elders and some religious leaders armed ODM leader Raila Odinga with a two-pronged spear, a sword, and a shield to symbolise a warrior going for battle.

Mombasa Governor Hassan Joho also hit the headlines in January 2021 when he was crowned the national leader of the Muslim community while the Maasai Council of Elders crowned his Kajiado counterpart Joseph ole Lenku during the same period.

As the country hurtles towards the 2022 general election, politicians being crowned as community elders or spokesman will be commonplace, begging the question of its relevance in political circles.

Whereas the colour and character of the events may differ, the sole aim is to lift the person being crowned to a leadership position.

A coronation is significant and places a leader in the same league as those who have worn such a crown before, and well above other bigwigs angling for kingship.

Elders who conduct the ceremony say the persons are given the mantle to make them the recognised leaders of the particular communities.

It ends with a line that no other leader will be endorsed other than the one whom the elders settle on, persons whom are also given the mandate of leading the community in national politics.

A lot of planning goes into the events and not any group of elder can purport to instal kingpins apart from that which legitimately represents the particular community.

Since Moi's death, there has been a struggle over who will lead the community
Counties
2 months ago

MCA says governor's term as council of elder and Pokot spokesman has elapsed after installation in 2014.
News
1 year ago

Say their anointment enabled his father to become president. Call their 'saliva' 100% effective.
Counties
3 months ago 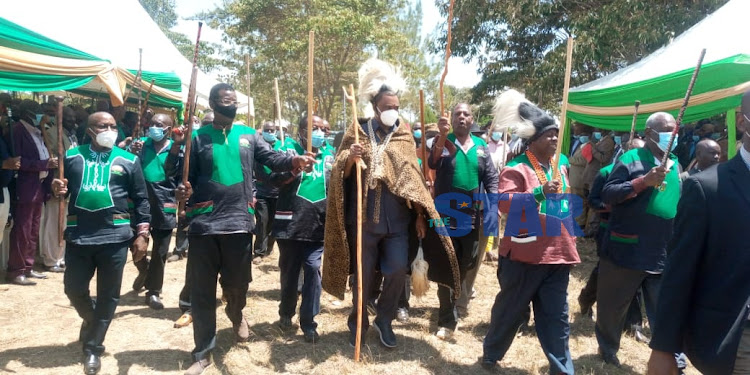 Speaker of the National assembly Justin Muturi arrives in Njuri Ncheke shrine in Nchiru where he was coronated as an elder. / Dennis Dibondo
by MOSES ODHIAMBO Political Writer
Columnists
22 March 2021 - 01:00