ONE OF A KIND

Martha Karua and the need for compromise 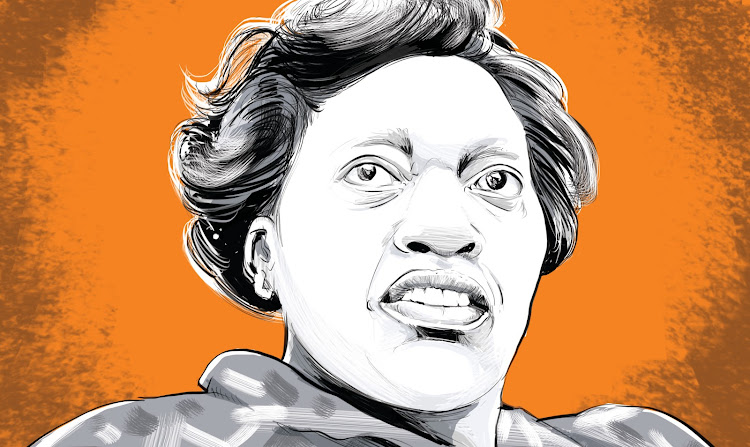 Nowadays barely a week passes but the Nairobi Metropolitan Services director general Major General Mohamed Badi has yet more praise heaped on him.

Against all odds, he is getting Nairobi residents accustomed to seeing tangible results and redefining what “public service” should mean. And many consider him one of a kind.

It is thus easy to forget that we have already had one other leader here in Kenya who once achieved major structural change to the lasting benefit of ordinary Kenyans.

This is Narc party leader Martha Karua, now most often referred to as an “opposition activist”. It was when Martha (as everyone calls her) was the Water minister in the first term of President Mwai Kibaki’s administration. Her Wikipedia page briefly mentions that she “…previously served as the Minister of Water Resources Management and Development and was behind the implementation of the Water Act 2002, which has since then accelerated the pace of water reforms and service provision in Kenya”.

But that can give the reader no idea of what she was up against when she took over the ministry, at the end of the 24-year presidency of Daniel Moi, which was marked by staggering corruption and mismanagement.

It was during the Moi era that what we now generically term as “cartels” came into their own.

Whether it be the Ministry of Health (then as now, known as “Mafia House” in a play on its official name of “Afya House”); or the Ministry of Energy (which produced in its long-serving CEO of Kenya Power, one of the first Kenyan billionaires); crooked contracts were the order of the day.

What is immediately obvious about these institutions (alongside many others of those days) is that they were highly centralised and were, effectively, monopolies. Whether you talk of government procurement of medical supplies; or of contracts for subsidiary power generation: all the associated functions came under one roof.

It is under her stewardship that we had the creation of the regional Water Service Boards, which brought to the water supply sector the benefits we now associate with devolved government. It is one of the few verifiable cases where a Kenyan politician took on entrenched cartels and won – to the immense benefit of the public.

These functions were usually in the hands of just a few people, who with their associates in politics and in the private sector, formed the “cartels” you will often hear about.

Well, all matters pertaining to the supply of water, as well as the establishment of appropriate sanitation services were also under a monopolistic ‘Ministry of Water’ back then. And in major urban centres, the cartels within the Water ministry had long figured out that real money was not to be made in supplying plenty of fresh water. Instead, it was in restricting its supply and forcing the residents to buy water from bowsers (ideally by the jerrycan) that you could mint a fortune.

Such bowsers were regulated and licensed by the Water ministry of the day and owning one – in light of the captive market that the restrictionist policies had created – was a golden opportunity to make amazingly easy money.

A story was also told back in the Moi era of a World Bank official who once met with the top leadership of this same ministry and offered a highly economical scheme to rehabilitate the Mzima Springs water supply pipeline that sent water from the Taita Hills to the Kenya coast.

This was a step that would allow for the massive expansion of coastal tourism, creating thousands of jobs.

The Kenyan politician dismissed this scheme and presented one of his own for the World Bank’s consideration – for up to five or 10 times as much, with costs obviously inflated to leave room for large “commissions”.

This then was the situation when Martha was appointed to head this ministry. And it is under her stewardship that we had the creation of the regional Water Service Boards, which brought to the water supply sector the benefits we now associate with devolved government. It is one of the few verifiable cases where a Kenyan politician took on entrenched cartels and won – to the immense benefit of the public.

So, it is sad to see Martha, once so formidable, now embark on a campaign she is bound to lose, as she rails against the Building Bridges Initiative.

Those who praise her as the “Iron Lady of Kenyan politics” should consider that there is sometimes value in approaching your political goals with some flexibility.

Linda Katiba Initiative: Don't throw the baby out with bathwater

'There is a hidden agenda in the BBI' - Ndii.
News
2 months ago

Kenyans have the numbers to defeat the selfish plans by the political class - Karua
News
2 months ago
by WYCLIFFE MUGA Commentator on Topical Issues
Columnists
18 March 2021 - 04:00