Cheater forces my child to grow up 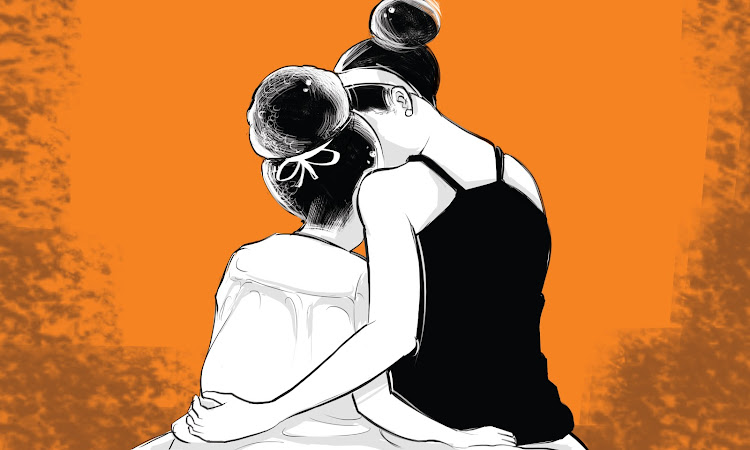 You do not know fear until one child has disappeared, then you send a second to go look for the first one, that one also disappears. You send the third then the fourth. Nothing. Then you send the waiter. Also goes. Then a black cat passes by.

Anyway, they all reappeared.

So I usually use Sunday or any day outings with my kids to get them to open up. You know that change of scenery thing. What is said out there cannot be used against anyone and cannot be carried home.

I was not prepared for this particular "tell me anything". I was also so upset that my youngest, an 11-year-old, thought this was a burden she needed to carry.

Turns out she saw her friend's father (a neighbour) kiss another woman in the nearby court.

My child wanted to know what she should do. I have been annoyed before, but this was different annoyed. At you bastards who think no one knows you.

Listen, do what the duck you want to do, just make sure you do not have an audience. Especially not children. Have a little bit of sense.

I was sad to have to tell her the realities of the world at such a young age. Imagine telling an 11-year-old girl that it is none of her business what she saw. She must not tell her friend either. You know her friend will go straight to her mother, wives in love with marriage are not always the most sensible.

Chances that she will confront her husband with my innocent child as a witness are high. I did however make it clear that it was not her secret to carry, it was ours. She is free to come back and discuss it as many times as she likes.

My daughter grew up this past Sunday. While she knows parents separate or divorce because they no longer can live together (Her parents, a case study), I doubt that in her mind it is because one is kissing another person who is not their spouse.

When a woman has talked to Jesus and her mother, please, anything you have to say is null and void. It does not matter even if she has decided she is jumping off a ledge, release her in peace

Maybe it is not so bad that she has learnt this lesson early without losing a friend.

A story is told of some women who went out to a club, on getting there, they noticed that a husband to a friend who was not with them was at the club with a woman. Obviously not her. They looked too cosy. A hasty decision was made to inform another friend, not with them but who was close to Mrs Husband in Club. In all the excitement, the text was sent to Mrs HIC instead of to her friend.

Mrs HIC immediately calls her man to ask where and who he is with. He takes a quick glance around the club and spots the four women trying miserably to hide their faces. He quickly whispers something in his woman’s ear and they dash out of the club.

The girls' night is ruined as texts are sent back, forth and around. Accusations and counters accusations. Threats and warnings.

By morning, Mrs HIC calls for an urgent meeting with her girls who spotted her dear husband (HIC) in the club the night before. The girl group is happy their girl has come to her senses and assemble quickly to give her all the support she needs.

When they get to said place, Mrs HIC opens the talks by announcing that she spent the better part of the morning praying and asking what would Jesus do as well as a long chat with her mother. (When a woman has talked to Jesus and her mother, please, anything you have to say is null and void. It does not matter even if she has decided she is jumping off a ledge, release her in peace)

Her morning conference with the Lord and her mother had these take-home points.

One. “How could they be sure that was his girlfriend? She could have been a business associate and because they were in a loud bar, they had to chat while very close”. This is true. Many of us have been in loud bars. I do not think however anyone has felt the music is so loud until they have had to speak directly into the other person’s mouth.

Two. “Many women are just jealous of what other women have. If they were happy in their own marriages, why were they out at night without their better halves.” What would you say owada?

Needless to say, that was the end of a friendship.

I am still sad that my Mali had to learn this part of keeping a female friendship this young.

Let us get involved in young people’s lives.
Opinion
4 months ago

Mark of a true family leader

A man is the head of the home. But many want to be ceremonial heads
Opinion
5 months ago
by FELGONAH OYUGA Sales Representative
Columnists
18 March 2021 - 04:00