New Chief Justice: JSC Must give us a candidate who can address graft in Judiciary!

•Maraga made significant strides in infrastructural developments, hiring of judicial officers and was vocal in protesting what he saw as stifling judicial independence.

•However, he totally failed to address the deep-seated corruption that was eating away at the public trust within the judiciary. 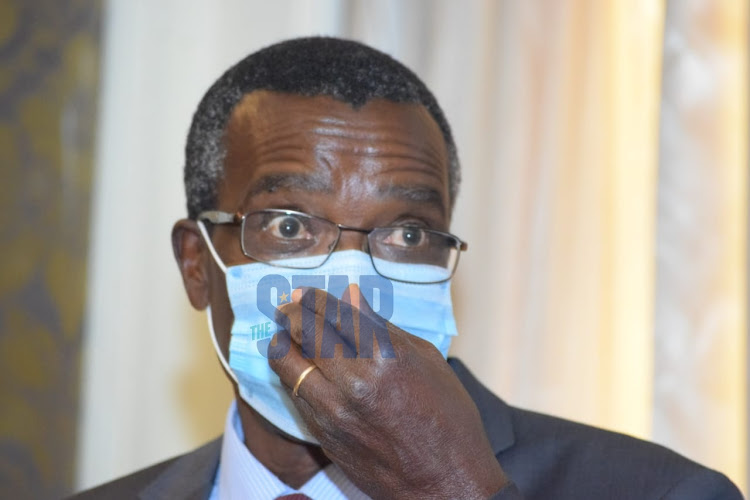 On 4th of November, 2019, the Chief Justice David Maraga addressed a press conference in which among weighty matters like unreasonable budget cuts by Treasury, he lamented that he was being treated badly because he did not have a Mercedes Benz S500 like the Speakers of parliament and was instead stuck with an S350. On 8th January 2020, he once against called a presser and once again, complained that he had tried to meet the President several times in vain. These are just few examples of the public tyrades the Chief Justice had against the Executive and even Parliament. Whereas he may have raised legitimate issues sometime, this cry-baby attitude does not befit a holder of such high office. One would imagine that the holder of that office would employ more diplomacy and political suaveness in sorting out issues like a car or calls being ignored by the President. Instead, he chose to play to the public gallery and the Judiciary ended up the worse for it.

On 28th August 2018, the DPP ordered the arrest and prosecution of the Deputy Chief Justice Philomena Mwilu. On 31st of May 2019, a 5-judge bench, despite finding that the DPP was right to prefer charges against her at least for obtaining of execution of security by false pretenses contrary to section 314 of the Penal Code, quashed the charges against her on the basis that the DCI had obtained the evidence unlawfully. On the rest of the charges, the court said the right forum would have been the Judicial Service Commission as they could be considered as alleged misconduct in her official capacity as then Court of Appeal Judge. The DPP did exactly this and on 17th August 2019, after the JSC dismissed her bias claimes against two of its memebrs, she obtained high court orders barring JSC from proceeding with the case. Nearly three years later, the case against her has never been judged on the merits of the accusations against her. She has successfully managed to use the courts under her to defeat the course of justice. More scary is the fact that she is now the Acting Chief Justice and Chair of the Judicial Service Commission that made a determination that she ought to face her accuser the DPP before it. She is also now in charge of the process to recruit a Chief Justice and a Supreme Court Judge as Chair of JSC.

In a scathing article published in February, 2021, city lawyer Ahmednasir Abdullahi disparaged the former Chief Justice Maraga’s stay in office, asserting that the latter’s tenure was marked by judicial incompetence and political machinations. While reexamining Justice Maraga’s record within the judicial system, Mr. Ahmednasir emphasized that the former chief justice lacked the academic, professional and social fortitudes to deliver within the esteemed chambers of Kenya’s Supreme Court. More troubling though was the allegation that the former CJ protected judges he knew to have been corrupt.

Whereas Maraga made significant strides in infrastructural developments, hiring of judicial officers and was vocal in protesting what he saw as stifling judicial independence, he totally failed to address the deep-seated corruption that was eating away at the public trust within the judiciary. During his tenure there were judges accused of taking bribes to influence the outcome of cases and yet not once during his tenure were audits conducted on the processes, procedures and judicial officer’s lifestyles that propagated such corruption.

With the Judicial Service Commission readying itself to choose Maraga’s successor, it is hoped that the recruitment process will be competitive and transparent and more importantly give us a Chief Justice that is competent both as a legal scholar and a polished administrator that will address whatever bottlenecks in the Judicary with class, not another press-loving activist with penchant for theatrics. More importantly though, JSC must give us a Chief Justice that will take the war on graft in the Judiciary head-on and restore the much needed but sorely lacking confidence in the institution.

The best candidate, in this instance, should be a man or woman of personal and professional integrity - one whose name and image is not already soiled by allegations of corruption; for it is only on this premise that the public will have confidence in their intentions to fight corruption. In addition, he or she must abhor corruption in both word and deed, and this will include decisively addressing the cause factors for corruption within the judiciary.  It will be especially comforting if the successful candidate, as a matter of urgency, conducts a lifestyle audit for judges and magistrates to weed out the corrupt officials within the institution. That audit should trickle down to court clerks and other staff who aid and abet corruption in one way or the other.

Furthermore, processes and procedures are important in the fight against corruption. And while we expect the executive and parliament to act within the law, it is paramount that the law and its attendant application facilitate justice as opposed to stifling it. To this end, addressing the hurdles that prevent the timely adjudication of corruption cases should be prioritized. In fact, there should be better regulations for the fast tracking of corruption cases in our courts to provide the much-needed closure on matters justice for economic crimes.

And while at it, I am troubled by the fact that the DCJ will preside over the recruitment of the Chief Justice having a corruption case against her pending before the JSC.

One would be forgiven for assuming that she would favour those candidates who she deems could possibly be of help when she finally needs it. She may not be biased but the perception that she could possibly have self-interest at heart when making decisions is enough for her to recuse herself from the proceedings. In my opinion, the DCJ is too conflicted to lead a process that could potentially change the face of the JSC in significant ways. In a properly functioning system, she would recuse herself from this responsibility in its entirety except for the administrative functions of the office (like gazetting the vacancies) for which there is no other option.

Give Kenya the very best Chief Justice. We deserve it after the last 5 years with Maraga!