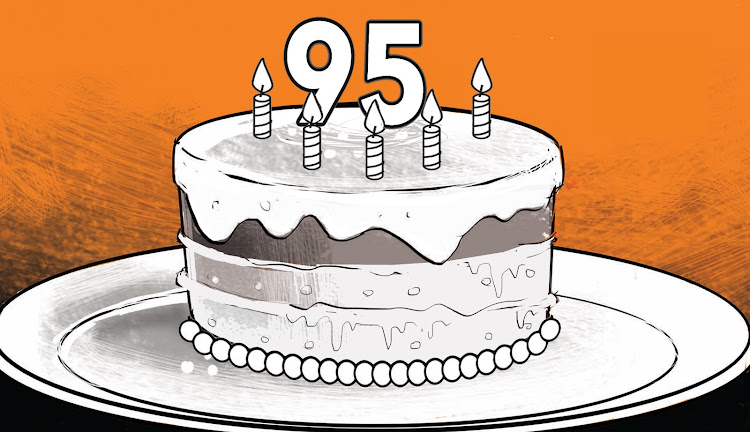 Happy 95th birthday! And may you thrive to celebrate many glorious others. This March 1st, educator extraordinaire, co-founder and Director of Nova Academies and your former great Principal, Christopher Situma Khaemba celebrated your birthday with a tweet, while posting a 1990 photo of you:

“On 1st March 1926, the Alliance High School opened as the first school in Kenya to offer high school education to African children...Today it marks 95 years as one of the greatest of all pioneering efforts”

Of course Alai’s factual stumble was immediately called out: the 1990 photo did not represent a true picture of the structural state of affairs in 2021 when a lot of construction and rehabilitation of the school amenities has occurred.

Still, his remark fell into the category of a blind fixation with material worship that exhibits itself in habits and patterns of primitive accumulation, conspicuous consumption and garish public displays of expenditure.

I first encountered this psychosis at your very premises as a callow first former in 1986. This was when our former President, in the high noon of his authoritarian tenure, expressed puzzlement that the Alliance High School that he had been driven into did not stir the expected “psychological shock” because there was no grand, architectural edifice in sight to marvel at. Instead, he had come upon some old (and mostly dilapidated) structures that had been in use since your inception in 1926, then 60 years before!

The reservations I had with this view then still hold today: a school is not its structures however imposing but rather it is its people that define its true character, personality and gravitas. Indeed, as they say, it is not about the size of the dog in the fight, instead it is about the size of the fight in the dog. And you, my dear Alliance have always displayed plenty of feisty spunk in every endeavour, curricular and co-curricular.

Mutemi wa Kiama’s polemical tweet, under the handle Wanjiku Revolution, in response to Principal Khaemba was the next to catch my eye:

“One of the schools that trained our misrulers and black neocolonialists of the last 6 decades!”

Being well acquainted with him, I messaged him thus:

“You really have it in for my alma mater...Yes, it was part of the oppressors...But where did Jaramogi, Anyona, Matiba, Orengo, Anyang, Maina Kiai, Njonjo Mue, George Kegoro etc. school...The narrative also needs balance...Right now, from your narrative it’s the 2-horned beast, tipped ears and long tail kind of animal...[even the] more prominent priests who called out Jomo over the ’69 oathing went to Alliance....Even Makau Mutua went to AHS”

My point: there seems to be disproportionate blame heaped on you for the clear governance and socioeconomic malaise beleaguering our beloved country. Although it is the vast majority of schools – if not all – have produced alumni who have designed, participated in and benefited from this pathology, you seem to be the only one getting the big stick for it.

It’s probably because as the firstborn of schools for Africans, you have had a very prominent – even dominant – role in the country’s ruling class. As I previously noted elsewhere:

“It is not in doubt that the footprints of the Alliance High School dot and dominate the governance terrain of Kenya. For instance, in the first ever cabinet formed by Jomo Kenyatta on June 1 1963, eight of the nineteen (excluding Duncan Ndegwa, the Administrative Secretary and Charles Njonjo, the Attorney General) were old boys of Alliance High School – J.S. Gichuru, J.D. Otiende, A. Oginga Odinga, Mbiyu Koinange, J.G. Kiano, D. Mwanyumba, E.N. Mwendwa and J.N. Mungai.”

There is still, however, a real problem pigeonholing your role into one condition and ignoring such nuances as another of your eminent sons Ngugi wa Thiong’o records in his 2012 memoir, In the House of the Interpreter:

“But contrary to the conscious intentions of its founders, Alliance had also birthed a radical anticolonial nationalist fever. Ironically, in its very structure, Alliance actually subverted the colonial system it was meant to serve, and Carey Francis, an OBE, would turn out to be the most consistently subversive of the colonial order. The presence of Africans on the staff as equals with the white teachers undermined, in our eyes at least, colonial apartheid and the depiction of the African as inferior.”

Hence my conclusion that it is absolutely wrong to conclude, monochromatically, that you are the arch-villain in the sorry and sordid tale of Kenya’s constantly flailing and flopping governance. Perspective demands a root-trunk-branch analysis of the problems bedevilling the country as was recently done in The Elephant by Nicholas Githuku’s piece, 'The Anatomy of Kenya Inc: How the Colonia State Sustains and Re-Creates Itself.' The correct diagnosis would then lead to the prescription of proper and holistic remedies.

But enough of my pontificating! Again, Happy Birthday Alliance High School - I wish you plenteous blessings that, in the words of our School Prayer, your “work may be thorough and...life joyful. That from...[you] may go out, strong in body and mind and character, men who in Thy name and with Thy power will serve their fellows faithfully. Amen!

Regional director, Eastern Africa at Article 19. The views expressed in this article are his own and in no way reflect those of Article 19