Losing the momentum would clearly be subverting the will of Kenyans.

• Last week, we saw a lineup of unity that this country has been yearning for.

• It is therefore paramount that Parliament engages its gears to ensure that the Bill is dealt with in the shortest time possible. 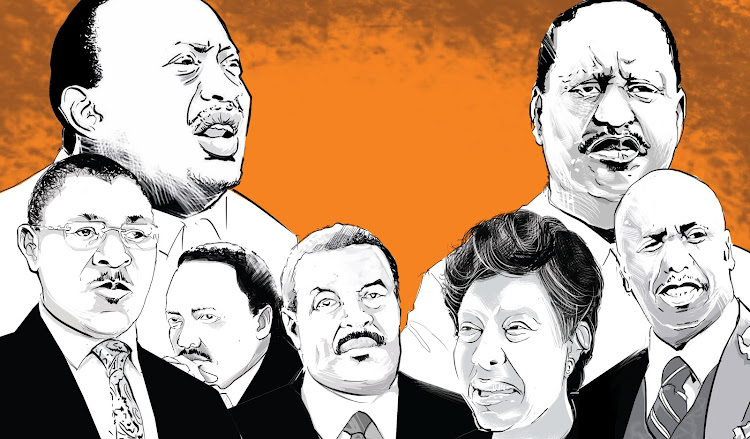 An old man on his deathbed had quarrelsome sons who just could not stop fighting.

One day he called them and asked one of the servants to bring in a bundle of sticks wrapped together. He commanded his eldest son to break it.

Despite all his efforts, the son was unable to break the bundle. Each son in turn tried, but none was successful.

“Untie the bundle,” said the father, “and each of you take a stick.” When they had done so, he called out to them: “Now, break,” and each stick was easily broken.

“You see my meaning,” said their father. “Individually, you can easily be conquered, but together, you are invincible.”

Last week, we saw a lineup of unity that this country has been yearning for.

President Uhuru Kenyatta and some of his fiercest political opponents stood shoulder to shoulder to deliver one message to Kenyans. A message of hope, unity and progress.

The seven leaders represented the breadth and depth of Kenya’s social and political society and their presence together was something that cannot be ignored.

They hold the key to the unity of Kenya and those who choose to ignore it are pretending not to see what the future holds.

Their coming together came at a time when more than 40 county assemblies had approved the Constitution of Kenya (Amendment) Bill, 2020, popularly known as the BBI Bill.

In their statement, the seven leaders remarked; “As our county representatives have shown, now is the moment for all Kenyans to put aside partisan divides and come together to build a better Kenya; for ourselves, our children, and for generations of Kenyans yet to be born.”

They further urged all Kenyans to build on the renewed unity that they had demonstrated and greater political consensus for the enduring benefit of the nation we all hold dear.

Indeed, BBI represents a once-in-a-generation break from the past; to resolve many longstanding national challenges that hold Kenyans back from realising a united and prosperous Kenya for all.

From what we have seen in the last couple of weeks, Kenyans are ready for that first amendment to the Constitution and it is important that we do not lose the momentum.

Losing the momentum would clearly be subverting the will of Kenyans.

It is therefore paramount that Parliament engages its gears to ensure that the Bill is dealt with in the shortest time possible.

The Bill has already gone through public participation at the county level and therefore should not take a lot of time at the hands of Parliament.

In fact, Kenyans are eagerly awaiting the referendum to ensure that they deal with the ultimate public participation, which is to vote.

As Article 1 of the Constitution states; all sovereign power lies with the people and they may exercise this directly or through their democratically elected representatives.

The other institution that should read the mood of the country is the Judiciary, which has already stopped the IEBC from conducting the referendum.

While the courts have the mandate to ensure that the Constitution is not circumvented, they do not operate in a vacuum and should therefore not be a hindrance to Kenyans’ will to exercise their sovereignty.

The judges handling the referendum debate question should hear the cases as soon as possible and ensure that the matter is dealt with conclusively.

They should be cautious of the mischief by some political players who are seeking to deal a blow to the process of Kenyans exercising their sovereignty.

What we should all be alive to is that Kenyans want a better constitution and this first amendment is something that they have wanted for a long time.

Those seeking to derail the process through demands such as multiple questions should read the mood and see that the train has left the station and it is just a matter of time before Kenyans say what they want.