Security issues across the internet generally come as no surprise

• Kenya has indeed expressed its extreme discomfort surrounding the choice to conduct the proceedings on Zoom.

•  Because of the lack of adequate security on Zoom, the safety of potential key witnesses from Somalia who may testify against their home country is put at risk. 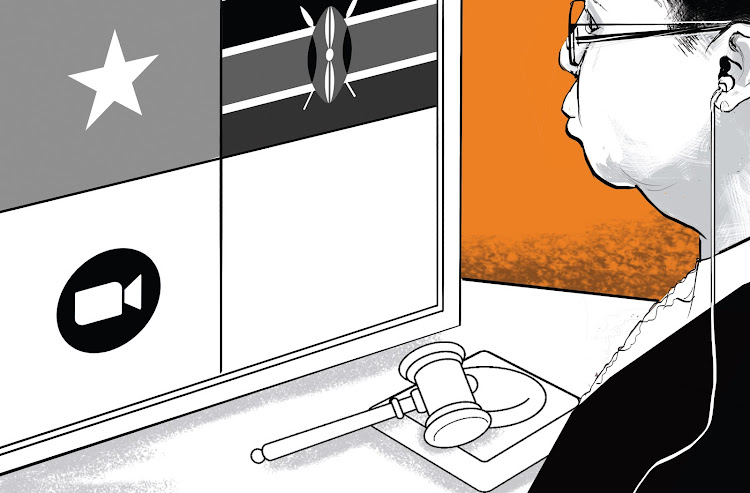 Covid-19 pandemic has stretched its virulent hands over all aspects of life, threatening to wring the productivity out of anything that doesn’t employ the necessary steps to adapt and evolve to the “new normal”.

The International Court of Justice is no exception to this, and has had to go through its own transformation to survive. Like most courts throughout the world, the ICJ has ceased holding physical hearings in view of the pandemic. It has been conducting its hearings virtually, utilising the now popular Zoom platform. This allows all members of the court – as well as parties to the case – to participate in the activities of the court remotely, at a safe distance to minimize virus transmission risks.

At their onset, virtual hearings received significant praise. They became renowned for remedying the inefficiency of some processes in relation to cases and expediting proceedings in a manner previously unseen.

In Kenya, where case backlogs have been for so long associated with the court system, the platform has helped in reducing the pending cases.

The ICJ intends to continue the proceedings of the Kenya-Somalia maritime dispute boundary case on March 15, using the Zoom platform as its medium of choice. However, what may not have been predicted in this transition is a factor that has now become a threat to the integrity and fairness of these virtual systems and the court processes they strive to preserve– their lack of adequate security.

Security issues across the internet generally come as no surprise, and so the court process carried out across the internet ought to be without doubt afflicted with issues. Across the globe, courts have been experiencing a phenomenon that has now been termed as “Zoom-bombing”. Although it varies across cases, generally this has been a situation whereby unwanted participants enter the meeting and commit a number of indecencies such as projecting pornographic imagery, interrupting the court process, amongst other things.

This speaks volumes as to the lack of sufficient security when it comes to Zoom. Court matters generally must be private (dependent on whether it is a public hearing or not), as sensitive material is shared during these proceedings and witnesses who appear may sometimes need to be kept anonymous. All this is compromised when using a medium that cannot provide sufficient guarantees of security in the same manner as what is achieved in physical hearings.

This is made worse in a case such as the Somalia v Kenya case before the ICJ.

Kenya has indeed expressed its extreme discomfort surrounding the choice to conduct the proceedings on Zoom. Other than the security issues enumerated above, the transition to this web platform has resulted in the ICJ stating that the court would only admit four people from the Kenyan team. This will lead to the unfortunate exclusion of some first-hand witnesses from Lamu – the area whose inhabitants will feel the immediate, adverse effects a potential delimitation in favour of Somalia – who would provide key information about their historical and cultural ties to the disputed area.

Furthermore, because of the lack of adequate security on the Zoom platform, the safety of potential key witnesses from Somalia who may testify against their home country is put at a great risk. They may opt to withdraw their testimonies, which will weaken the Kenyan case substantially. A culmination of the above will result in court proceedings that are wholly compromised, unjust and unfair.

The truth is that the transition from physical to virtual likely came too quickly and the robust framework for privacy and security that is meant to accompany the ICJ court process was not as integrated into this digital evolution as is necessary.

In recognition of this, Kenya has requested that this case be postponed, but to no avail. The case will continue on March 15 with the process still plagued by all of these blaring issues. With the court process surely compromised, can we truly hope for an outcome that is based on fairness and justice?

Kenya in its petition to postpone the case protested at a missing map crucial to its case.
News
1 month ago

The Kenya-Somalia Maritime dispute through 2019