V IS FOR VAGINA

It’s not easy to sleep your way up

We always talking about our vaginas because you take the conversation there. 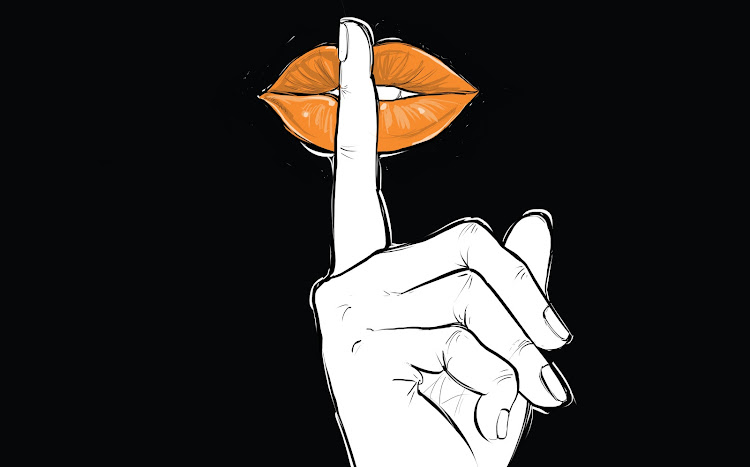 Someone said that we “feminists” (translation: anyone who calls out horse dung meted out against women) always focus our conversations on our vaginas. “Why can’t you make your point without talking about sex organs”. I wanted to respond, but then sometimes you just do not have that much free time to go back and forth with someone who will not understand anything beyond their capacity.

Listen, and I am writing this while screaming in my head, we are always talking about our vaginas because you always take the conversation there.

A woman wants to run for office, what will you use to shame her or bully her out of running? Threats of rape or refer to her as a prostitute. Another will wear a dress she likes, what will you be thinking about? She must be asking for sex or selling it. Never mind that she may just like the dress. A woman gets ahead in life, in her career. Everyone will decide she must have been sleeping with someone. She is assertive, maybe even aggressive, she needs to have sex. Are you noticing a pattern?

I’m especially galled by the idea that a successful woman must be sleeping her way up the ladder. Man, that thing annoys me. It annoys me for a few reasons.

You will hear some clueless person say, “Oh, she had it easy, she just had to sleep with a man or two.” One, unless you were there sleeping with them in the same bed or maize field, shut up.

There are many ways to climb up the career or even social ladder. She could be blackmailing him or maybe they have a dead body between them. If you could remove your nose from people’s business long enough to breathe, you may give your brain a chance to think beyond women’s privates.

You need to pick a struggle, please. You either get out of our privates or we get in there and talk until we are all talked out or you die of our vulgarity. Whichever comes first. What we are not going to do is to be cowed every time you try to shame us. Please get used to it and act accordingly.

Two, even if she was sleeping with a man, have you ever slept with a man to see how “easy” it is to sleep with a man you probably have no feelings for? A man who has probably coerced you into this kind of dealing? A man you would probably not be able to stomach or even give a second look under normal circumstances?

It is not easy to want to sleep with a man to be honest. Many men do not make it easy. We have been trained to make you think it is easy. If you had to go through what most women go through there would be as many virgins as you would like. That is why I believe alcohol sells as much as it does.

Many a woman has looked to liquid courage to be able to sleep even with their husbands, let alone their bosses. And now a man who has never slept with his own kind thinks it is easy to just hop into a bed and materialise a promotion. It takes work and willpower. Or lots of alcohol.

You also know it, that is why many a man will buy a woman drinks to make her more “agreeable” to his advances. They even know the drinks that make women more willing to manage them in bed—“Panty removers”. How many men can seduce, negotiate, etc, with a sober woman? Very few. So please, the next time you think a woman had it easy because she slept with a man to get something, believe me, she worked hard. Even if it was in the shower scrubbing off the man’s scent under scalding water and a brush.

The thing which some thought they could silence us with; the one they thought they could embarrass us and shame us into silence with. Well, we are not afraid of having that conversation anymore. Now that we are not blushing when you mention our vaginas, we are vulgar. What are/were you when you used it against us? Publicly as well as in private?

You need to pick a struggle, please. You either get out of our privates or we get in there and talk until we are all talked out or you die of our vulgarity. Whichever comes first. What we are not going to do is to be cowed every time you try to shame us. Please get used to it and act accordingly.

There are a lot of advantages for women who enjoy sex that has been kept hidden from us.
News
3 months ago

Shame on you for trivialising rape

Rape has been used to deter women from running for office.
Opinion
4 months ago
Randy bosses to interns: Sleep with me or else...
by FELGONAH OYUGA Sales Representative
Columnists
04 February 2021 - 08:04