Zip it, Single mum not a Jezebel or husband snatcher

This is not a simple matter like deciding whether or not to wear a weave or be natural. 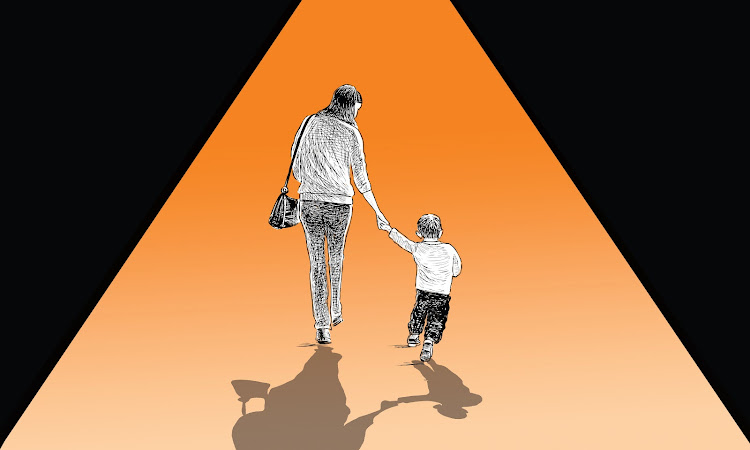 A woman posted a question in a group on Facebook. She mentioned that she happened to be a single mother. Wah! “Did you have to mention that you are a single mother?” Very few people answered her question. They instead decided to dwell on her status and the fact that she had the audacity to mention it.

For a long time, being a single mother was viewed with the same disdain as being a leper. It was an unfortunate circumstance for one to find oneself. Now that we have decided to embrace it, it is also a problem.

Let me tell you Maina, that people are accepting and disclosing, unprovoked, their statuses does not mean it is an easy bandwagon to be on.

Single mothers are often easy targets for unhappy, insecure married women and men. The married women think single mothers want their most often useless husbands to take up a role in their houses—as if being a single parent to her children is not enough, she would like to add your billy goat to her list ofresponsibilities.

Married men think you are a Jezebel out to destroy their marriages because you somehow wield supernatural powers that make married women want to divorce their husbands simply by hanging around you. ‘The bad influence’, you are called. Some of those men do not know their godly wives are the biggest whoreganisers of debased activities.

Somehow you are now a fool and everyone wants to take advantage of you. The butcher, the electrician, the mechanic, really any man who has figured out that there is no male backing. The quotes you are given are doubled, work you have paid for is done at their own pleasure and woe betide you if you are trying to collect your dues.

I remember once having to create an email address for ‘Mike the accountant’. Mike was a no-nonsense guy who wrote scathing emails leading to invoices being paid in a timely manner. No one even complained about his antics when debt collecting. But as myself, I was viewed as antagonistic. No one ever met Mike, because I was Mike, Mike was me.

Oh, then the dating scene yajowa! The laziness and lack of creativity? Mayie!

“You are a very good woman. Weird, because I do not know how you have managed with many children. But you are good.” And for your goodness, this joker wants to reward you with this ladies and gentlemen, stand by, his penis! Because I’m good, you get to sleep with me. I sometimes get tired yawa.

Another one wanted to reward a good woman with the opportunity to cook for him. He figured she had missed cooking for a man so he offered his stomach services. No mention of bringing groceries to facilitate “the auspicious” cooking. Maybe people think being a single mother, anything will do. And that anything does not even need to try, he has decided he is doing this single mother a favour.

I have said it before, it takes a man and a woman to make a single mother. Very few women decide to raise children on their own. I should add here that there are those that are single, but co-parent and then there are single mothers who do it all alone. It is not easy, it is not fun.

Statistics say that women-led households are more likely to be poorer than male-led households. Why wouldn’t they be? Women are paid less for same work as men, discriminated against when it comes to employment opportunities because we give birth and no one wants a woman who is always going to the clinic or taking maternity leave, etc, and there is being charged more for services.

If we were back in the old days we would have probably been inherited. Ok, I know they inherit widows only, but some of our exes are dead to us so same to same.

What I am trying to say is, this is not a simple matter like deciding whether or not to wear a weave or be natural. You cannot just abuse, misuse and judge a woman because she decided to look after her children and not dump them in the village or in a children’s home or even strangle them. Like what the duck do you people want? More street children?

Be kind to a single mother, she may be raising a great leader or simply because it is the right thing to do.

Post a comment
WATCH: The latest videos from the Star
by FELGONAH OYUGA Sales Representative
Columnists
21 January 2021 - 07:35
Read The E-Paper