Why Kenyans should care about Ethiopia conflict

Kenyans should pay more attention to what’s going on in Ethiopia and the potential consequences of insecurity in our northern neighbour.

• Horn of Africa observers fear that an internal affair of a sovereign state has the potential to spill over and engulf the region in conflict.

• As neighbours, Eritrea and Sudan have already been drawn into the conflict. 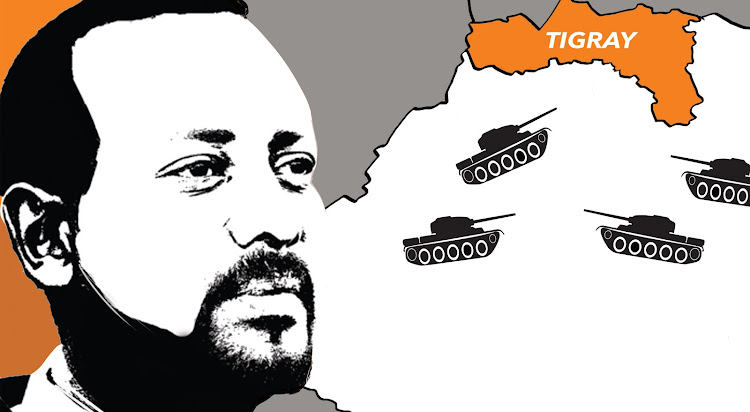 In the last few weeks, there here has been snowballing media coverage dedicated to the on-going conflict in Tigray region of Ethiopia.

Tens of thousands of refugees from the region have spilled into neighbouring Sudan. Horn of Africa observers fear that an internal affair of a sovereign state has the potential to spill over and engulf the region in conflict. As neighbours, Eritrea and Sudan have already been drawn into the conflict.

The Horn of Africa has historically been described as a tough neighbourhood. In the last three decades alone, the region has seen the fall of the Derg regime in Ethiopia led by the dictator Mengistu Haile Mariam, the emergence of Eritrea as a new nation partitioned from Ethiopia, the collapse of the Somali republic and attendant mass population displacement, civil strife and insecurity.

But, why should Kenyans pay attention to the events in Ethiopia?

Ethiopia is an anchor state for the United States and increasingly China and this has been seen as a guarantor of peace and stability in the Horn of Africa. It is also the source of the Blue Nile, which contributes some 80 per cent of water that flows downstream to Sudan and Egypt.

The heightened diplomatic tensions among Ethiopia, Egypt and Sudan on the building of the Grand Ethiopian Renaissance Dam has led to fraught nerves in the region, with Khartoum and Cairo worrying about their historical share of the Nile waters. With about 97 per cent of Egypt’s water coming from the Nile, it sees any changes to this as an existential threat.

Kenya and Ethiopia have always enjoyed friendly relations from the time of our founding fathers, Mzee Jomo Kenyatta, and Emperor Haile Selassie. While the two leaders were close at a personal level by all accounts, Kenya and Ethiopia have had long-standing mutual defence pacts from as early as 1969. This was to contain neighbouring Somalia’s territorial claims to the Somali dominated regions of the Ogaden in Ethiopia and the former Northern Frontier District in Kenya, from which Northeastern Province was curved at Independence.

In only a week Tigray and federal government worked their way up from local clashes to air strikes.
Opinion
7 months ago

As the second largest country in Africa after Nigeria — with a population of over 100 million — Ethiopia is a huge domestic market and Kenya looks to its northern neighbour as a largely untapped market for its goods and services.

The two countries recently embarked on what veteran German diplomat and former ambassador to the US Wolfgang Ischinger calls “fair weather projects.” Projects predicated on the assumption of good neighbourliness. Closer home, the Lapsset project will fulfil Ethiopia’s long-held ambition of having an outlet to the sea via the deep harbour in Lamu. It will also connect southern Ethiopia and northern Kenya, an area that has untapped economic potential as a bonus.

Ethiopia has an outsized diplomatic status among African states as one of the only two uncolonised countries in Africa (Liberia being the other), a source of pride for the continent, the seat of the AU, and punches above its weight in continental matters, especially in the IGAD region.

Kenyans should pay more attention to what’s going on in Ethiopia and the potential consequences of insecurity in our northern neighbour.

Abdinasir Amin is a commentator on political, cultural, and social issues.

UN concerned by the unfolding situation in Tigray, Ethiopia

Guterres has called for free and safe movement of people searching for safety.
News
6 months ago
by ABDINASIR AMIN
Columnists
04 January 2021 - 05:00