Ruto: Will populism trump tribalism in 2022? 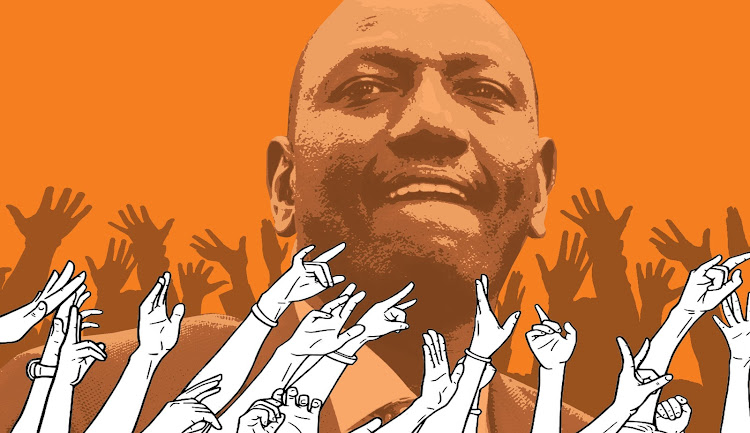 Ethnic-based persuasions and mobilisation have been the mode of Kenyan politics since Independence. Almost all political strategies have been based on ethnic arithmetic, which led political analyst Mutahi Ngunyi to coin the term ‘tyranny of numbers’.

However, Deputy President William Ruto seems to be breaking away from this political norm and charting a new strategy for his 2022 presidential bid. The strategy is closely linked to populism, which is increasingly becoming popular across the globe.

Currently, there is no universal definition of populism. However, based on the Oxford English Dictionary, political populist strives to appeal to common people who feel or believe that their concerns have been disregarded by the ruling elites. Populism, therefore, is people-centred, as populists create the perception that common people are important, making them create an “Us v. Them” narrative.

It is not possible to comprehensively define populism in this piece. Nonetheless, you only need to listen to President Donald Trump’s campaign speeches and tweets to identify a populist, especially in relation to his 2016 presidential campaign strategy.

Like Trump, Ruto has mastered the art of speaking directly to the ordinary people who feel that their concerns have been disregarded by the political class. Ruto’s populism journey started with the establishment of the ‘Hustler Nation’ narrative, identifying himself with the common people or hustlers. The use of non-elite slogans like ‘Hustler’ is one of the most common populist practices.

The narrative helped Ruto to redefine himself after the handshake between President Uhuru Kenyatta and former PM Raila Odinga. Also, realising that he cannot directly oppose the BBI referendum, Ruto has resorted to populism to indirectly oppose the initiative. He is seen to be speaking on behalf of hustlers, especially concerning the cost of BBI, the effect of the Covid-19 pandemic on Kenyans, and the need for common Kenyans to be part of the process. So far, populism seems to be working for DP.

The big question, however, is whether populism will make DP Ruto the fifth president of Kenya, as the primary objective of political populism is to ascend to power. Many people have dismissed the notion of Ruto as a hustler, he is one of the richest people in Kenya. This fact, however, will not stop hustlers from voting for him. Hustlers, or common people, are only keen to elect a person who is successful and holds the same values and beliefs as theirs. Hustlers consider this person an authentic representative of the common people.

Importantly, besides being seen to be speaking on behalf of common people, Ruto’s history is an inspiration to many people who are struggling to make it in life. Thus, the hustler narrative is not only effective but also makes him appealing to common Kenyans.

Ruto’s political opponents have created a narrative that he is corrupt. This is a narrative that is likely to intensify towards the 2022 general election. Nevertheless, based on the election of Trump in 2016, and a number of Kenyan politicians, voters are not keen to elect saints. Voters mainly vote for people they identify with. This explains why Kenyans have voted in co-ethnics for years despite politicians being accused of corruption. This is unfortunate but it is the reality of politics.

The main challenge to Ruto’s populism, however, is ethnic-based politics, which is deeply rooted in Kenya. Historically, and based on recent past elections, Kenyans mainly vote for their co-ethnics. This challenge can be minimised if a significant number of ordinary Kenyans internalise Ruto’s hustler narrative or if he manages to convince them that he truly represents the concerns, beliefs, and values of ordinary Kenyans. Voters are most likely to elect a person outside their tribe if that candidate perfectly aligns with their preferences and he or she has a high probability of winning.

Populism thrives amidst crises, and the challenges faced by Kenyans currently, especially due to the Covid-19 pandemic, give DP the opportunity to prove that he not only identifies with hustlers but is also deeply concerned about their issues.

They are aggressive, and indefatigable in their quest to win the presidency.
Siasa
1 year ago
by DANIEL OKUMA
Columnists
22 December 2020 - 04:00