Let us get involved in young people’s lives.

• Sensationalising "let everyone make mistakes" is really irresponsible and unAfrican.

• The reason we are adults and have survived by some weird force some of the mistakes we made is to guide the next generation. 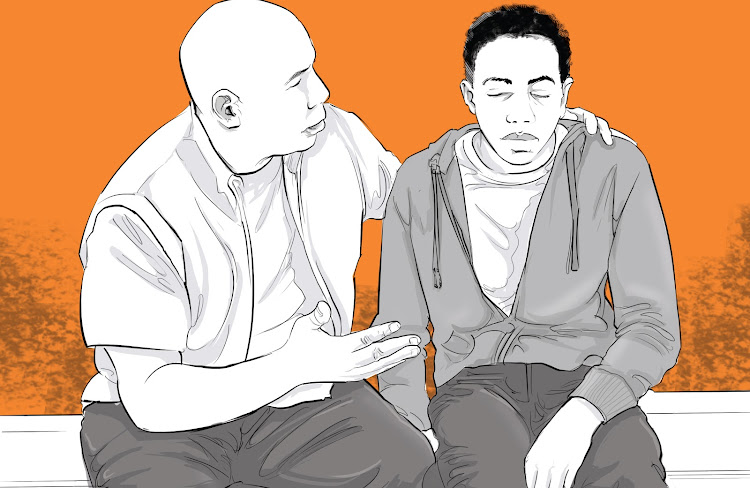 There are many deterrents to women's economical growth. Little or no education, corruption and marginalisation. But no one ever mentions marriage, especially marrying the wrong partner.

A wrong union can literally change the course of your life but we do not talk about this enough.

I got very interesting feedback from my last article. It is very funny (not funny haha) how we romanticise making mistakes. It is as if we do not understand that the consequences of those mistakes can be fatal. It does not stop at making the mistake, please.

So sensationalising "let everyone make mistakes" is really irresponsible and unAfrican. The reason we are adults and have survived by some weird force some of the mistakes we made is to guide the next generation. This is why we grow old. To advice, to help, to prevent where we can. This new age western style of watching our young people ruin their lives just does not sit well with me.

The mistakes I made and the consequences I suffered — and sometimes continue to suffer — will not allow me to watch any of my children(any child really) go through the same. As I said, I am not averse to breaking their legs to prevent them from going down the same rabbit hole. Bones heal.

They can be angry at me for a few years for chasing and or threatening a potential suitor, but there is no getting over a bad union. Even when you have left. It is more heartbreaking when there are children involved.

I cannot say this enough. Marrying wrong, woman or man, can change the cause of your life. Not always for the better. You may survive yes, but you will be a monster.

As I said, it is not just for women but men too. Someone sent me a forward that was so devastating.

A man saw a picture of his young son on another man’s status or profile (I do not remember exactly). He sends the strange man a message asking why he would have his son on his page.

The strange man responds and says the child on the said picture is his son and gives proof. He now goes to the baby mama who does not respond to his questions. She instead blocks him everywhere, including attempts to visit her at her office.

The man is devastated, he has loved a child that is not his, fed, clothed him and had educational policies in the child’s name.

I honestly wonder what the woman’s end game was going to be. Why would she punish her son like that? Have two (we hope they are only two) men coming around playing daddy to the little boy? How long was she going to carry on that charade?

My mother always told us to take our friends home. Whether they were boyfriends or platonic friends. She would interact with us and there were occasions when after a friend had left, she would say to us, “That is not your friend” “That is not a good girl or boy”.

I always wondered how she knew, now with age, I also know. You can spot these devil children easily.

My mother also said another thing, this was to my brother though. That if he ever he got a child out of wedlock and she was not around, he must bring the child to us, his sisters. We would tell him if the child was ours or not.

At the time I thought it was such a hilarious thing to say. Now though, give me a baby you claim is ours and I will tell you. If you have ever taken your baby to the in-laws and the older women undressed the baby, looked for peculiar birthmarks, turned the baby and looked at the back of the head, neck, legs, I think they suspected otherwise about the paternity of your baby.

I am trying to say let us get involved in young people’s lives. Can anyone imagine what the man who thought he had a son is going through? That young man has become a different animal now. Yes, he has survived. For the better?

Dear Felly: My old mistakes keep being brought up

Please consider non-faith based counselling together and as individuals.
Sasa
8 months ago

Having children early is hard, marrying the wrong person when you are younger is even harder
Opinion
6 months ago
by FELGONAH OYUGA Sales Representative
Columnists
19 November 2020 - 05:00