Bait voters with what they need

Voters may be baited, but there is no guarantee they would always fall for cheap.

• The bait must be known to the fish, something they prey on, fall for, and get hooked to, for dish.

• Baits for 2022 votes should be need-based. It should not be a one-fit-all inducement as it's emerging in the race for President Uhuru Kenyatta succession. 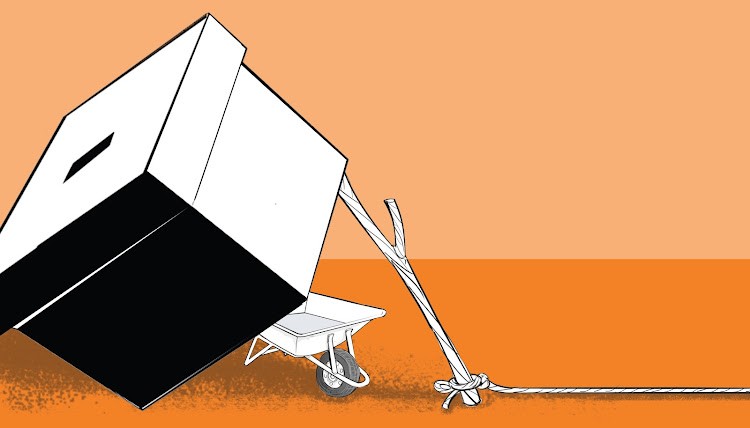 Bait voters with what they need
Image: OZONE

Traditional fisherfolk know what it takes to bait fish. It's their business; they have been fishing for ages. They know there has to be a fishing rod, a line, a hook, bait, and a sinker.

­The bait must be known to the fish, something they prey on, fall for, and get hooked to, for dish.  A stone for a bait or knotted cloth won't excite the fish into biting close to danger. Just like pebbles won't attract hens so close you can pick out the right one for lunch.

Chicken lovers of Ingo know maize attracts chicken to where you want them for slaughter. The sonorous sound, 'Kut! Kut! Kut!' lures the victims to the bait. You don't have to chase chicken around the compound when the bait is right — and callously seductive.

Baits for 2022 votes should be need-based. It should not be a one-fit-all inducement as it's emerging in the race for President Uhuru Kenyatta succession. Wheelbarrows may appeal to hawkers, farmers, quarry or site workers, but other victims of political manipulation may find it irrelevant.

In a village where there are no roads, hospitals, doctors and ambulances, a wheelbarrow can be an ambulance when adversity invites. Pregnant women in labour, the sick who cannot walk, or senior citizens going to chase their monthly stipends at the headquarters of a rural county may find a wheelbarrow a useful aid on their way to the nearest bus stop.

When it does, it's a salutary illustration of government failure to build roads and hospitals close to the people. Water tanks may be useful to car wash operators or a farmer who uses a hand pump to irrigate a cabbage garden. But people in other businesses may prefer baits that enhance their ability to make a livelihood. Giving out water tanks without a source of water looks like donating fridges to Eskimos, or hawking pork near a mosque.

Whoever prefers money-made leadership can do with basic research before unleashing bribes to subvert informed choices. That way, it's possible to identify goods that may excite gullible voters in an economic zone. Money is the preferred bait for politicians, but some givers also prefer handouts in kind. Aspiring MCAs go for the cheap — packets of salt, matchboxes and lessos. Branded T-shirts have been the items of choice.

A 2017 aspirant for Karachuonyo parliamentary seat had a novel idea, but nobody knew how he arrived at this. That the best way to reach voters was through their stomachs and pockets. He preferred a double assault on the psyches of potential voters.

The aspirant has a home by the roadside, with a gate that suggests the owner may have money. The stylish gate added appeal to the bait inside the aspirant's compound. Every market day, the man would slaughter a bull, one big enough to feed hundreds. Anybody passing by would be invited for lunch, with choices of beef fry, roast or boiled. There were always chefs and waiters on call.

Callers would eat their fill, as they talked about the weather, politics, and elections. Once through with the dish, each caller would receive Sh200 or Sh300. They could also take away a piece of meat if they wanted. The generous man would introduce himself by his full names and self-chosen nickname. He always advised his visitors to vote for an MP who cares for their welfare.

Many bulls later, and millions of shillings gone by the party nomination time, the aspirant hit the road around the constituencies. He had generous handouts to introduce himself as a parliamentary aspirant. He also had branded T-shirts, declaring himself the choice of the many.

The parliamentary aspirant hoped people who had eaten at his roadside self-service hotel would return the favour.

He was surprised when he lost the party primaries and disappeared from the village back to Nairobi. He did not show up to vote, even though he was registered at a local polling station.

The man did not want to meet people who had feasted in his home nearly every week during the seven months before the April 2017 primaries.

People referred to the home, with a beautiful gate, as a hotel. They also had a song, 'Kula kwa Wuon Dollar, Kura Kwa...! The aspirant detested the spite. He had wasted bulls and money on people who easily forgot the full stomach of yesterday. The votes he got were less than the bulls he slaughtered.

Baiting voters is a political gamble with public psyche. Again voters may be baited, but there is no guarantee they would always fall for cheap.