The journey to Canaan was a long and difficult one, as it is in present Kenya

• We are on the right road but must take the necessary steps to ensure we continue to stay on it.

• Like Moses gave the Israelites the Ten Commandments, the President on Thursday outlined what the country needs to do. 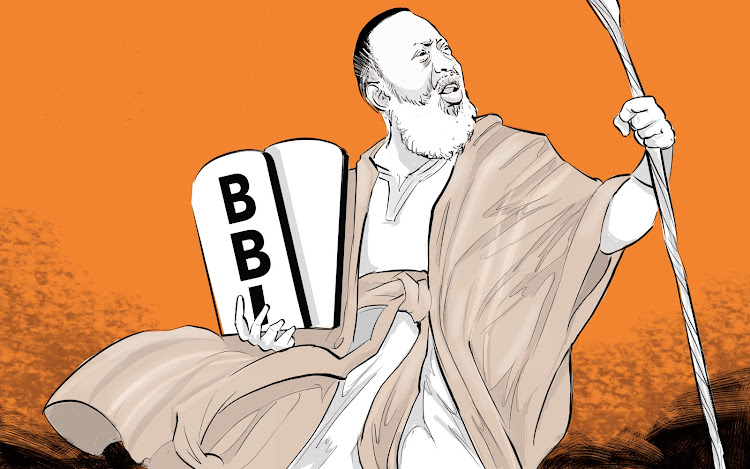 On Thursday, during the State of the Nation address, President Uhuru Kenyatta told the country he had seen the future. He asked Kenyans to embrace the vision  he had seen as a way of ensuring the country gets to this particular future.

The President borrowed from the Biblical story of Moses, who was anointed by God to take the Israelites to the Promised Land from slavery in Egypt.

The journey to Canaan was a long and difficult one. On the journey the people became tired and restless, started to worship a false idol believing that the idol would solve all of their problems and even blamed Moses for their calamity.

After 40 years of wandering in the desert, Moses died within the sight of the Promised Land on Mount Nebo. But before this, he had received the Ten Commandments at Mount Sinai. These rules were to help the Israelites get closer to God, even after reaching the Promised Land.

Moses had a clear vision of the future for his people and even though he never got to see it himself, he charted a clear path to the future. Joshua took the baton to take his people to the Promised Land.

Just like the Israelites, we have been wandering, lost in the desert of tribalism, corruption, ineptitude and inefficiency for many years and Uhuru has worked tirelessly to transform our nation.

It may appear like another rhetoric but the BBI is the vessel that will not only guide us to Canaan but will also ensure we continue to move in the right direction. As the President said, the state of our nation is strong but it can be stronger if we all agree that we need the changes in the BBI proposals.

When Uhuru got into office in 2013, he found a nation that was hopeful of a better future and one that was waiting for him to lead it to prosperity. Since then, despite many challenges such as corruption, terrorism and the ongoing Covid-19 pandemic, Uhuru has moved ahead to keep his promise.

In his sunset years, he can only be proud of his achievements and guide the country into taking the right steps to the next phase. The proposals in the BBI report are the guide the President is giving Kenyans, having seen the challenges that have faced his administration.

But beyond the BBI, we know that the President has led the country to various achievements that have placed the country on the world map as a key investment destination. And even while the world and regional economies were struggling, Kenya continued to stay afloat.

The business climate is improving and Kenya currently ranks 56th globally and third in sub-Saharan Africa on the Ease of Doing Business Global Ranking Report, from a low of 136th in 2014. The Number of companies registered daily has increased by 500 per cent from 30 in 2014 to 200 in 2020, and a daily average of 300 during the Covid-19 period.

We have seen great improvement in infrastructure such as the revival of old railway lines to enhance local economies. We cannot forget that the Lamu Port Berth-One is now complete, and the focus has shifted to bringing it into full operation for trans-shipment purposes.

Other than ascending to the presidency of the Organization of African Caribbean and Pacific states, Kenya will also be a non-permanent member of the United Nations Security Council for the period 2021-22.

This is not to say that everything is okay — far from it. We are on the right road but must take the necessary steps to ensure we continue to stay on it. Like Moses gave the Israelites the Ten Commandments, the President on Thursday outlined what the country needs to do.

As he noted, Kenya is greater than any individual and greater than the sum of its citizens. In a region that has been full of conflict, Kenya remains a beacon of hope, an icon of peace and stability.