Hong Kong and China: One country, one system

Bad tactics in a good cause has been the hallmark of the democratic movement’s behaviour throughout the past eighteen months.

• Beijing’ new law would have allowed Hong Kong residents to be transferred to mainland courts for certain ‘security’ offences.

• Protesters spilled out into the streets to protect the status quo, which kept all Hong Kongers free from Communist interference and made some very rich. 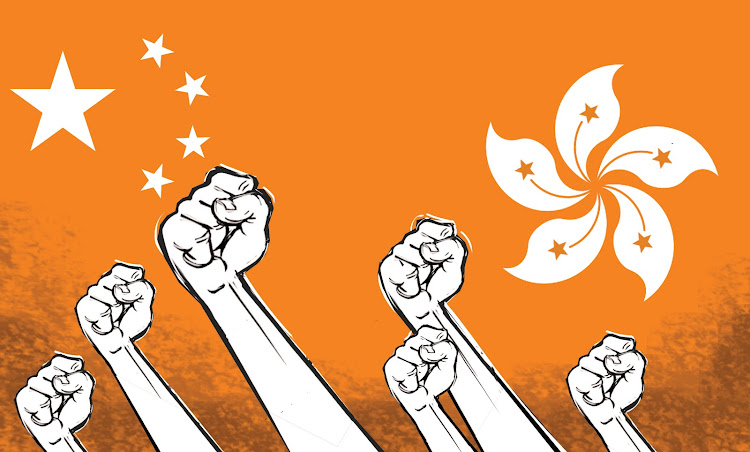 Hong Kong and China: One country, one system
Image: OZONE

One Hong Kong lawmaker, Claudia Mo, said it was “the death-knell of Hong Kong’s democracy fight.” But she was part of it: one of the fifteen remaining pro-democracy members of the Legislative Council who resigned on Thursday in protest at the expulsion of four other democratically elected

Wu Chi-wai, speaking for the fifteen who resigned, tweeted that “‘One country, two systems’ in Hong Kong has come to an end.” That is true, and it is regrettable, but it’s hard to see how a mass resignation that eliminates all pro-democracy legislators from Legco helps the cause.

Bad tactics in a good cause has been the hallmark of the democratic movement’s behaviour throughout the past eighteen months. It mobilised a very effective non-violent protest campaign when the Communist government in Beijing introduced a law in June 2019 that directly challenged the deal signed by China and the former colonial power, the United Kingdom, in 1997.

The UK ignored the democratic rights of the city’s Chinese majority for most of its 155-year tenure, but when it handed the colony back to China in 1997 it did get a guarantee that Hong Kong could keep its free institutions, including freedom of speech and of the press, impartial courts, and a separate, partly democratic government for fifty years. ‘One country, two systems’ was the slogan.

Beijing’ new law would have allowed Hong Kong residents to be transferred to mainland courts for certain ‘security’ offences. So the protesters spilled out into the streets to protect the status quo, which kept all Hong Kongers free from Communist interference and made some very rich. Within three months Chef Executive Carrie Lam withdrew the legislation.

The Hong Kong government is not an entirely free agent and Lam initially went along with Beijing’s demand. By withdrawing it she was signalling that Beijing was willing to drop the matter for now. But the protesters snatched defeat from the jaws of victory.

Instead of going home happy, the protesters stayed out in the streets and raised the stakes, demanding fully free elections and more autonomy for Hong Kong. They also broke the prime rule and allowed their protests to become violent. (Don’t explain that the police are being violent; your only safety lies in remaining non-violent regardless of the provocation.)

So Xi Jinping’s Communist regime in Beijing struck back hard against what it saw as a serious challenge to its authority. A new law was imposed on Hong Kong, contrary to the 1997 agreement that effectively subordinates the city’s legal system to Beijing’s whims.

It was the end of Hong Kong’s legal autonomy, and to rub it in four pro-democracy legislators were expelled from the Legco. In a final quixotic gesture last week all the remaining democrats in the Legco quit too. It’s a prelude to a far larger abandonment.

One-third of Hong Kong’s seven million people were born on the mainland: Some of them moved to the city for the money, but most were undoubtedly getting away from the Communists. Another third will be the children or grandchildren of those refugees (the city’s population was only 600,000 in 1945), and will probably share their opinions. A lot will leave.

An estimated 600,000 Hong Kong residents already hold full foreign passports, half Canadians and most of the rest Australian, British or American. They acquired them as an insurance policy, and this is the contingency they were insuring against.

Another three million people hold British National (Overseas) passports or can easily acquire them, and London promises that they can all move to the UK if they wish. The ‘central range’ estimate of the British Home Office is that between 258,000 and 322,000 will come within five years, but it could be many more.

That’s unless Beijing stops them from leaving, but if it closes the gates like that it would be the definitive end of Hong Kong as a great international trading city.

And what about Taiwan? Well, ‘one country, two systems’ was also the promise Beijing was holding out to Taiwan to seduce it into peaceful reunification. It has now been comprehensively trashed, and the long-term likelihood of an attempted military ‘solution’  to the Taiwan ‘problem’ has just risen significantly.

Hong Kong and the betrayal by China

The experience of China with Tibetans and other religious communities shows it has scant respect for human rights.
Siasa
1 year ago

What is China up to? Attacks from abroad and dissatisfaction within Hong Kong

There are serious examples of the breach of One Country Two Systems.
Opinion
1 year ago

Hong Kong's situation is like “sleeping next to a tiger”
Siasa
1 year ago
by GWYNNE DYER Business Commentator
Columnists
17 November 2020 - 05:00