Why cooked pork can't cause epilepsy

Foods of animal origin properly inspected by veterinary experts and well-cooked do not pose health risks.

• It should alaso ensure all slaughtered pigs are subjected to post-mortem meat inspection in accordance with the required standards. 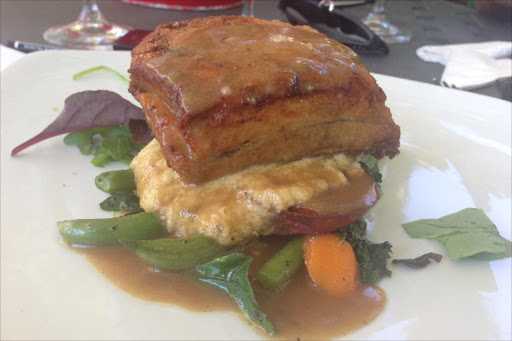 My attention was drawn to an article in the Star Newspaper referenced a deadly delicacy “Why wet fry pork may cause epilepsy” quoting findings from a team of Kenyatta University researchers.

May it be known to the public that foods of animal origin properly inspected by veterinary experts and well-cooked do not pose health risks. When considering safety of pig products, two important parasites include the pork tapeworm (Taenia Solium) and Trichinellosis. Taenia solium or the pig tapeworm referred to in the article is transmissible between humans and animals and therefore referred to as zoonotic condition primarily a parasite of pigs and occasionally of other animals.

Humans may also become infected with the larval stage through the ingestion of eggs shed in faeces of infected humans. The most severe form of human infection by the larval stage of the worm is neurocysticercosis, which causes neurological disorders, including seizures (epilepsy) and sometimes death.

Cysticercosis, although normally clinically inapparent in pigs, is associated with significant economic losses due to carcass condemnation and decreased value of pigs, and causes a major disease burden in humans. In humans, taenia infection occurs following ingestion of pig meat containing viable parasites and can be prevented by avoiding consumption of raw or undercooked contaminated pig meat.

Measures to prevent and control infection with the pig tapeworm include the Veterinary Authority and other public health experts carrying out community awareness, appropriate sanitation, personal hygiene, general food hygiene and education programmes on the risk factors associated with transmission of the pig tapeworm.

The Veterinary Authority should ensure all slaughtered pigs are subjected to post-mortem meat inspection in accordance with the required standards. An optimal control programme should include detection and treatment of human tapeworm carriers and control of sewage used for agricultural production.

Trichinellosis is a serious zoonotic disease which is caused by parasitic roundworms. It is spread by consuming infected meat or meat products that are not cooked.

Why ‘wet fry’ pork may be causing epilepsy