What US election results mean for international students

Most of the over 1 million international students reconsidering their future in the US. 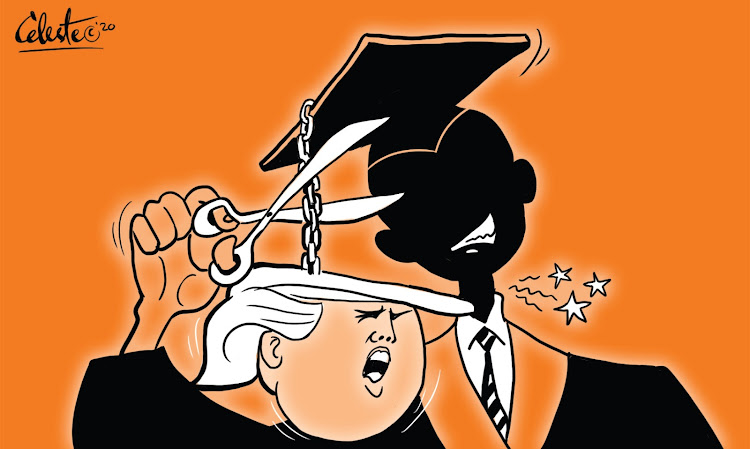 Going into Election Day in the US, Pennsylvania was said to be among the states that would swing the outcome, so both the Trump and Biden campaigns made stops in Lancaster, Pennsylvania, where I go to school. I paid close attention to the campaigns and looked forward to the outcome. Even though as an international student I am not eligible to vote, the results would impact my education and, ultimately, my future.

After working in the African mental health and strategy space for 10 years, I decided further education would benefit my skill set and work outlook. So I got a full scholarship to attend school in the US and relocated to Lancaster two years ago. But this year has been made me rethink schooling as an international student.

On top of the global effects of Covid-19, many international students in the US have had an even more stressful 2020. At the onset of the pandemic, students from Asia received racist remarks as many people blamed them for the outbreak.

Later in the summer, the Trump administration issued a directive to send international students to their home countries for the Fall semester if classes were held online. Many schools were yet to decide how they would hold their Fall classes as they were still coming to terms with the effects of the pandemic.

Going home would be tough as most borders were shut to the US because of its high Covid-19 cases, and those that remained opened had stringent restrictions. Trying to attend class remotely from home countries came with challenges such as time difference and the ability to re-enter the US once borders reopen. This directive was reversed after schools and other agencies protested.

Most recently, the Trump administration has been working on revising the duration of student visas. This would mean that some students would get two-year visas and reapply to finish their programmes, while those doing doctoral programmes would have to finish in four years. These restrictions add to the hurdles international students have to deal with and make the US less attractive as an education destination.

Reacting to the initial directive by the Trump administration, presidential candidate Joe Biden tweeted that the country needs a president who understands why people come to study in the US and the contributions they make.

On his website, he mentions that he will make the visa application process for different groups easier. The site goes on to state that in his first 100 days, Biden will work on changes that will see foreign graduates of a US doctoral STEM programme get green cards.

Socially, they bring their perspectives to the classroom. This helps American students likely to be more open-minded, curious and interested to reexamine their political and religious viewpoints and beliefs about other races. They may even consider travelling outside the US or studying abroad.

Those who win the various sits in this election will not only affect the education and future of the international students, but will also affect the exposure, economic contribution and skillsets they bring to the country.

It is hard to imagine Joe Biden not emerging as the winner in Tuesday’s election.
Opinion
1 year ago

Joe Biden wins the US presidency