This is no time for pandemic fatigue

We must beat back pandemic fatigue by wearing our masks and observing social distancing at all times.

• Fatigued by the pandemic, citizens are defiant. 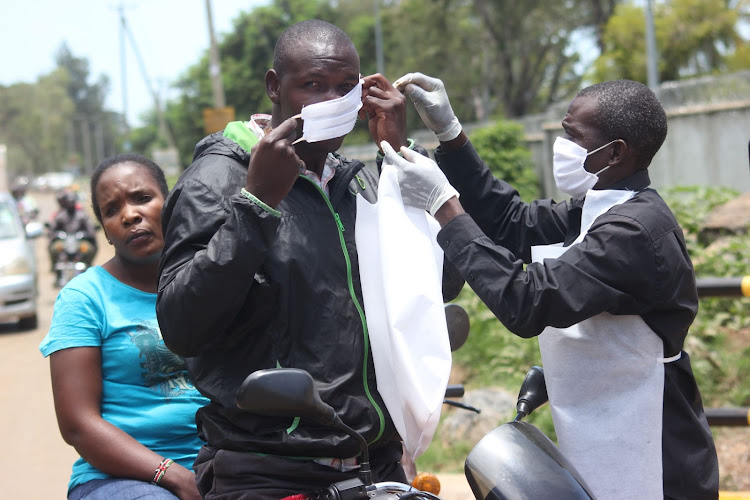 A couple of weeks ago on this column, I said we could not afford a second wave of Covid-19.

At the time, 40 million people had tested positive globally. As I write, more than 45 million have tested positive and the virus has claimed 90,000 more people. The daily global positive case rose to 565,000 last Friday.

I don’t know about you but I think the worse is yet to come. The daily cases in the second wave of infections are two to six times higher than in the first wave. But as health officials warn of a second more deadly wave, an increasing number of citizens and political leaders are dismissing the virus surge as media hype and propaganda, while they embrace bizarre conspiracy theories. Globally, the ranks of those dismissing the peril of Covid-19 as a media and government hoax have grown.

Fatigued by the pandemic, citizens are defiant. Governments are contemplating new containment actions. But some politicians spooked by an unrelenting virus are becoming delusional. For example, with nearly 100,000 new cases, the new daily record, President Donald Trump asserts that the US is rounding the corner.

Lockdown is back in Europe. Britain, along with France, announced new expansive restrictions as did Austria, Belgium, France, Germany, Greece and Ireland. After weeks of resisting drastic shut down, Europe is shutting bars and restaurant and non-essential retail outlets to keep their hospitals from being overwhelmed amidst a virulent second Covid-19 wave. Other measures include mask mandates, restricted movement and national curfew.

Vast unmasked crowds have thronged cities such as Barcelona, Berlin, Dublin, Milan, London, and Paris to protest freedom-limiting lockdown measures. Anti-mask protestors say they are tired of being told what to do.

In his recent lockdown protest songs Sir Van Morrison, Irish singer and songwriter, has accused the government of taking away freedom and God-given rights pretending it was for the safety of citizens. Extreme conspiracy theories suggest that some hidden powerful forces are using the virus as a pretext to control citizens.

Kenya is witnessing a veritable second wave. This week on Wednesday, President  Uhuru Kenyatta will chair a National and County government summit to review the surge of Covid-19 infections across the country. Like everywhere else, another regime of lockdown will be unpopular. The economic and social consequence would be catastrophic, especially considering that our economy has barely recovered from the first lockdown regime.

Hence, President Kenyatta should carefully weigh the measures necessary to blunt the Covid-19 surge. Feeble and innocuous measures will see the virus cripple a fragile healthcare system with terrifying consequences on morbidity and mortality. The measures we take must simultaneously bend the curve and preserve critical economic activity to keep the economy afloat.

We must beat back pandemic fatigue by wearing our masks and observing social distancing at all times. On its part the government must provide supplies for testing and treatment, ensure contact tracing and give healthcare workers the necessary protective equipment to keep them safe.

Life should not stop, even in the face of rampaging risks.
Opinion
1 year ago
by DR. ALEX AWITI Vice Provost of Aga Khan University
Columnists
03 November 2020 - 05:00