Egypt has succeeded in achieving a positive growth rate during the pandemic. 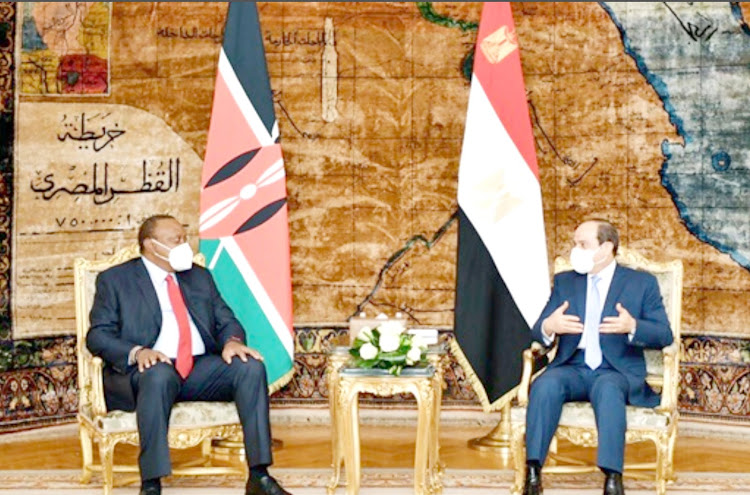 There is no doubt that the Covid-19 pandemic has had an impact on world economies. However, despite the pressure put on national resources, international economic institutions have all stated that, among a very few number of countries, Egypt has succeeded in achieving a positive growth rate during the pandemic.

The challenge that faced the government was how to balance development and the problems that emerged against the backdrop of the crisis.

The Egyptian government allotted huge sums of money from the state budget to develop the health and education sectors as well as provide financial subsidies for the per diem employees and the most affected households.

The report issued in September 2020 by Moody’s on the credit ratings praised the creditworthiness indices of Egypt. It also rated Egypt at B2 with a stable outlook. The report stated that raising the rating is related to the state debit sustainability, its reduction of the general financing needs and its preservation of high levels of foreign exchange reserves.

Goldman Sachs Bank affirmed the ability of the Egyptian economy to survive the economic repercussions of Covid-19, pointing out that about 50 percent of the indirect foreign investments, which exited on the onset of Covid-19 pandemic, returned. It also released a positive outlook until the end of this year with regard to the inflation rates and the strong performance of the Egyptian pound.

In addition, some touristic inflows were achieved despite the Covid-19 pandemic as Wizz Air, which is regarded the third biggest low-cost airline in Europe, announced that it would operate three weekly flights on the route Milano-Alexandria and Royal Dutch Airways (KLM) resumed flights to Cairo after a three-year suspension.

This is in addition to the resumption of flights from Russia and Kazakhstan to Egypt as the government has put in place all the precaution measures agreed upon to receive tourists.

The Egyptian government has focused in recent years on handling the shortcomings of the economy and social problems resulting from them. It managed to achieve a decrease of the annual deficit rate for the overall country in August 2020 to be 3.4 percent against 4.6 percent in July 2020 and 6.7 percent for the same month last year.

This is owing to the continuous prices decrease of food, drinks, grains and other food groups. The government attempts, for the first time in the history of Egypt, to provide an accurate digital register for real estate, agricultural lands in order to help solve the problem of eroding agricultural lands and lessen the utilities crisis created when the 2011 revolution was exploited in the random expansion of buildings on agricultural lands.

On the other hand, the Egyptian state has declared its imminent target, which is to increase government investments for the current financial year (2020-21) by 55 percent compared to the past year, so that the total government investment would be 280 billion EGP (225 billion EGP financed from the state’s public budget). Ten percent of these investments are to be directed to clean water and sewage disposal grids projects.