The middle ground is cracking

The middle ground of virtue that shuns the fire on both sides of the divide and seeks reconciliation. 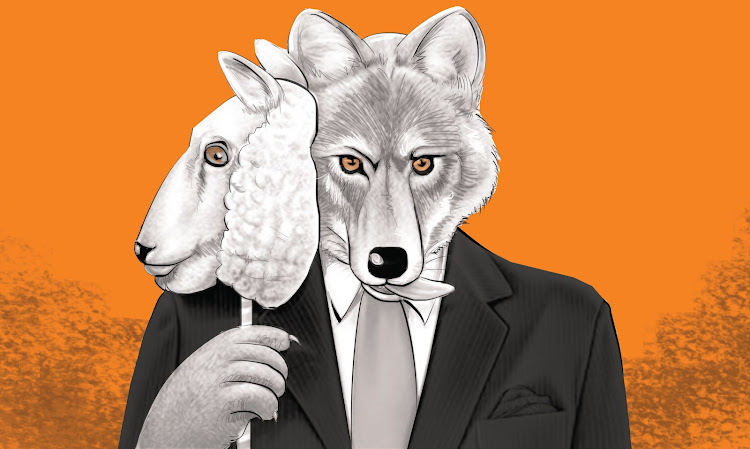 Some animals have the amazing ability to change their colours and patterns to blend in with their surroundings. This unique ability to camouflage can be instantaneous or it can be gradual to suit different seasons. At times it can be so effective that some animals – both prey and predator – will hide in plain sight and you will not realise that they are there until it is too late.

It is interesting how our political leaders have also adopted similar tactics (although for them it is for dominance rather than survival). When in political meetings and politically controlled funerals, they spew venom and attack like fierce wolves in the face of any critic. They seem untamed and almost wild, and the worst in them emerges in full colour.

On the other hand, when in places of worship, they seem like meek lambs, kneeling for prayers and in deep soul searching meditation. They are cordial, friendly and decent. They appear harmless and innocent, almost vulnerable.

Similarly, we must also look at the flip side of the coin and ask ourselves, are they performing to a different audience? Is the voter inside the place of worship different from the one at the stadium? Or is it the same voters wearing different hats and demanding a different stage performance.

Is it ‘we the people’ who have made the politicians who they are and forced them to adopt the cunning camouflage behaviour? Either way, the damage done with the attacks of hatred and incitement at political gatherings cannot be undone with the occasional instances of humility in places of worship.

We are slowly getting conditioned to accept these public displays of intolerance as the norm of political discourse in Kenya. It is frightening how we appear to enjoy these speeches of hatred by the way we cheer on the politicians.  In fact, it seems the only way some politicians can articulate their political stand is by utterances of animosity and instigation to intolerance. In their opinion, the more extreme the hatred and vulgar language used, the more articulate they are.

The damage done with the attacks of hatred and incitement at political gatherings cannot be undone with the occasional instances of humility in places of worship.

What happened to dialogue, listening and sober discussions? Must it always be a witch-hunt and a competition of hatred?

Cohesion is not difficult to achieve and I invite the political leaders to borrow a leaf and learn a lesson from the interfaith council and inter-religious forums. When deliberating the way forward with regard to opening up places of worship, very difficult decisions had to be made in the face of huge diversity of opinion and faith practices, and yet we managed to achieve convergence in our discussions. Through compromise and embracing divergent opinions, we managed to deliver a solution that was acceptable to all.

Let us disagree with one another enthusiastically, and let us engage in heated debate if we must, but let us not spew hatred and intolerance for one another. It is incumbent on all of us to appreciate that there will always be a difference of opinion and have the wisdom to create a path of co-existence – a middle ground.

We need fearless volunteers to hold this middle ground together. The religious leaders and the media come quick to mind as suitable candidates to do this, but this middle ground must be strengthened fast. Let us enable Kenyans the joy of feeling sons and daughters of one nation under God.

NCIC has been blaming the law but its own investigation have been faulted.
Opinion
1 year ago