Aviation security on the spotlight

Wanted terror suspect had traversed Africa and eluded capture during his travels. 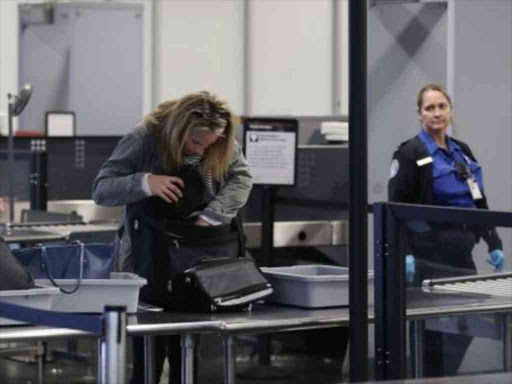 In many African countries, planning is underway to upgrade airport security and border controls for passenger screening and movement tracking. Recent events, however, have highlighted that health concerns are not the only risk facing the aviation industry.

Suspected terrorist Auerbacher Marius Falk was arrested at Senegal’s Blaise Diagne International airport on September 13, 2020. The German citizen had an outstanding international warrant of arrest for his detention. He was wanted by both Germany and Interpol.

Falk had been travelling under a false identity, with his passport stating that he was a Vietnamese pilot. His arrest came as a result of the airport’s security system alerting officials that he was a suspected dangerous fugitive.

His arrest was a win for Senegalese border security. However, of concern is that he had travelled to other countries across Africa and had eluded capture. Countries he has been linked to include Tanzania, Guinea Bissau, Gambia, South Africa and Kenya (where he reportedly got married).

This leads to questions on the integrity of airport security systems in African countries, including Kenya.

African aviation security has been a major concern for a number of years. The issue was brought to the fore with more urgency following the reported hijacking of an Egyptian airlines flight in 2016.

Clearly there is an urgent need for more advanced information systems as part of airport border security controls. Aviation authorities need to investigate and implement border control systems and advanced threat analysis technologies with data-analytics that are able to detect potential threats when it comes to illegal travellers.

This is both for immigration and criminal activity alerting purposes. Specialised algorithm and passenger information-based systems are able to flag high-risk individuals at both arrival and departure points, and can immensely improve national security levels for countries that use such border control mechanisms.

The technology already exists and is effective, as the Senegal airport arrest proves. It is up to aviation authorities and border control officials to assess the very real terrorist threats posing risks to national and international security.

Particularly as Kenya, and the African continent at large, look to increased travel and tourism to help overcome the negative economic impacts of the global health crisis, air travel is a key component to boosting tourism and investment returns.

The need for improved aviation and border control security measures cannot be stressed enough for both the safety and socio-economic well-being of countries at this volatile point in time.

The African aviation market is projected to increase by 200 million passengers to over 356 million by 2038 in IATA's latest forecast.
Business
3 years ago
Post a comment
WATCH: The latest videos from the Star
by PATIENCE UKAMA
Columnists
19 October 2020 - 04:00
Read The E-Paper