Empires are born to die. 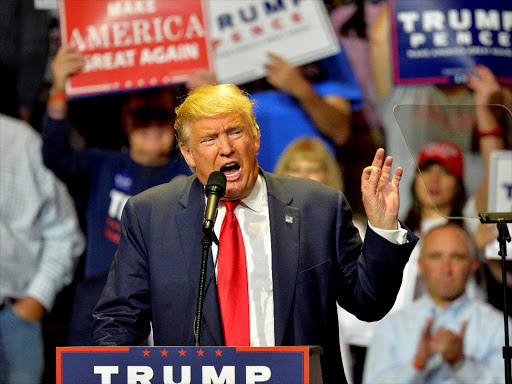 But we may at some point, when China’s global domination and power peaks, feel nostalgic about the age of America. Just maybe.

Empires rise and fall. Epochs come and go. Are we on the verge of the end of the age of America?

The myth or substance of American exceptionalism has been shattered by a pandemic. Covid-19 laid bare troubling weaknesses – deep cultural polarisation; a blistering eruption of racial discord; a revolting chasm of economic equality; staggering health disparities.

The world’s sole superpower—home of the best universities in the world, the one nation with access to the most advanced healthcare—accounts for about 22 percent of Covid-19 morbidity and mortality. At the height of America’s desperation President Donald Trump advocated the use of bleach, antimalarial drug and the deadly plant poison oleandrin to cure Covid-19.

The use of face masks has become a cultural and political flashpoint, pitting Democrats against Republicans. The use of face mask among Trump’s zealots is a singular violation of personal freedoms. One might imagine that the use of a face mask would be a laudable act of patriotism and personal responsibility in the fight against a deadly virus.

How America has handled the pandemic and its impact on lives and livelihoods has severely dented its global standing. American exceptionalism is in tatters. The fitness and competence of the Chinese state in dealing with the pandemic makes America, in comparison, a failed state, governed by an ensemble of incompetent politicians and bureaucrats.

As American health workers looked to China for essential medical supplies and as China and East Asia lead the rest of the world in the post Covid-19 economic recovery, the mantle of supremacy moved to China. Empires are born to die. The 19th century was dominated by Great Britain.

America’s greatness is diminished, not bolstered, by being the most warlike nation on the planet; with troops deployed in 150 countries. America has enjoyed only 16 years of peace in its 242-year existence as a nation. In contrast, China has not been at war in the last 50 years and is consuming more cement every three years than America did in the last 100 years.

In purchasing-power-parity (PPP) terms, China’s 2017 GDP was $19.617 trillion compared to the US’s $19.519 trillion. Data from the World Bank and IMF predicts China will overtake the United States of America, with India, Japan Indonesia and Russia taking 3rd, 4th, 5th, and 6th places respectively, relegating European economies to lower ranks. Asia’s burgeoning middle class is one of the reasons for the economic tectonic shift.

The 2020 election is going to be a venomous, and polarising culture war between the Republicans and the Democrats. Trump now says he is the only thing standing between the American dream, total anarchy and chaos. Biden, the democratic nominee has framed the 2020 election as a battle for America’s soul. America will be weaker, more divided.

Is the American 'empire' unravelling? Is this the Asian age? But we may at some point, when China’s global domination and power peaks, feel nostalgic about the age of America. Just maybe.

Kenya and the United States have had great bilateral relations since we got our Independence. This ties became tighter after Barack Obama was ...
Siasa
5 years ago

Will Biden-Kamala ticket save America from Trump?

They represent a departure from hatred perpetrated by the Trump administration against people of colour.
Siasa
2 years ago
by DR. ALEX AWITI Professor, Aga Khan University
Columnists
25 August 2020 - 04:00