Pandemic: Why Africa must address air pollution sooner rather than later

• Perhaps this explains why China has confirmed relatively low number of infections. 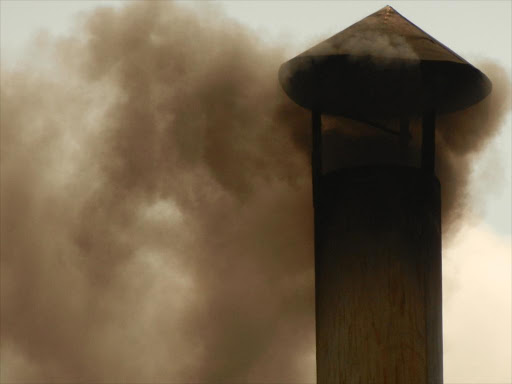 A chumney emits smoke at a factory in Mombasa
Image: FILE

This week, three scientists from the University of Birmingham confirmed what Harvard University School of public health suggested three months ago: Air pollution contributes to Covid-19 infections and deaths.

This latest research, conducted in the rural regions of Netherlands, links 15 cases and three deaths to an increase in the concentration of fine particulate matter — better known as PM 2.5 — as a result of farming activities.

It has also established that long term exposure to poor air quality increases Covid-19 hospitalisations by 10 per cent and deaths by 15 per cent.

Another research conducted between April and June identifies a positive relationship between PM 2.5 and Covid-19 mortality in Lombardy, the then epicentre of the pandemic in Italy. Lombardy is the most polluted city in Italy. At one point, eight in every 10 deaths were as result of Covid-19.

China, the original global epicentre, has a long history of war on pollution. In early 2013, PM 2.5 levels had surpassed 800 on the 500-point scale. Breathing the air in Beijing, it’s said, was equivalent to smoking two packs of cigarettes per day.

By late 2014, more than one million Chinese were dying from air pollution-related respiratory diseases. New environmental laws and regulations, together with traditional state-directed campaigns implemented between the 2013-17 has come a long way in reducing pollution-related respiratory deaths. Perhaps this explains why China has confirmed relatively low number of infections.

In the US, people of colour who have succumbed to the virus are reportedly from poor neighbourhoods, where exposure to air pollution is still high.

Africa, where major anthropogenic air pollution sources include unclean energy and soil dust – the main source of PM 2.5 – has the highest levels of particulate matter in the world after India: Covid-19 cases there are nearing one million.

Nairobi, for example, with its substandard transport infrastructure and services characterised by eternal traffic congestion, is believed to have higher levels of PM 2.5 than other regions that are less congested. This partly explains why Nairobi and Mombasa could remain the hotspots of the virus.

Although the study involved a small number of people, the result presents an opportunity to interrogate other measures necessary in the fight against the virus.

Ouma is a journalism student at Multimedia University

Fighting pollution is in our own interest

Kenya should watch out for the repercussions of rising number of vehicles that use fossil fuels.
Opinion
1 year ago

AIR pollution is now the 'single largest environmental health risk',according to a new report released by the World Health Organization. The ...
News
7 years ago
by JOHN OUMA
Columnists
16 July 2020 - 05:00