There’s the possibility it’s being used by heavy carbon emitters to camouflage their actions. 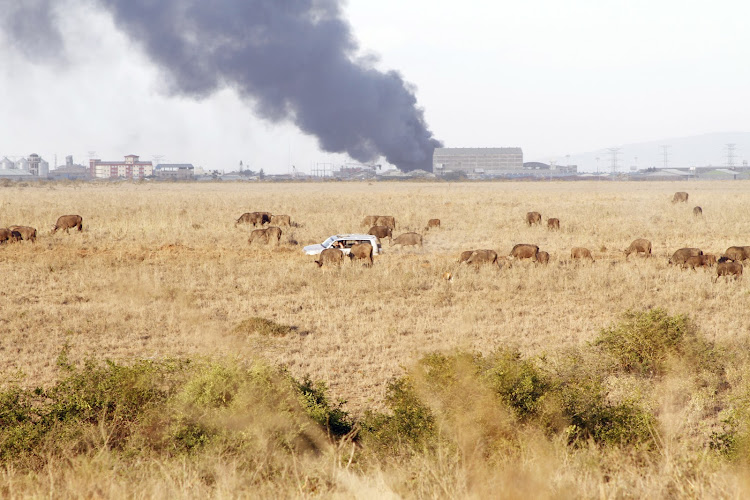 Smoke from a factory near Nairobi National Park on October 9, 2017.
Image: FILE

Everyone is warmed up to tree planting, which is a fantastic, commendable job. Tree planting is an initial step towards reforesting and mitigating the effects of climate change, such as flooding. However, most of these tree-planting initiatives are ceremonial; they lack follow-up plans and nurturing, so most of the trees end up not surviving.

Many scientists believe that planting a zillion trees is not enough to address climate change. Reducing carbon emissions should be given a stronger focus than it is now. Trees serve a critical purpose in regulating the climate, acting as windbreakers, holding the soil firmly, reducing soil erosion, reducing the intensity of floods, and act as carbon sinks.

Tree planting is, without a doubt, the easiest way anyone can contribute to action on climate change. It can be done at any time, anywhere in the world.

Many people, organisations, businesses, and government agencies globally are planting trees, but no one is committed to growing those trees. This means ensuring the trees are nurtured from the day they are planted to maturity and taking account of the number of trees or size of forest cover over time.

We are overlooking the fact that action on climate change is not a one-off affair; increasing forest cover takes a willing soul, mind, time, and resources—trees take years to mature. Environmental conservation, thus, is a continuous process.

Then there’s the possibility that tree planting is being used by some heavy carbon emitters to camouflage their actions. Most of these companies have no emission reduction roadmaps. It seems we are strengthening tree planting but forgetting the major culprit causing global warming—greenhouse gas emissions. We are forgetting burning fossil fuels contributes tonnes of carbon particles in the atmosphere.

What are we doing about the transport sector, petroleum sector, manufacturing and processing industries that consume lots of energy, run on turbines using fossils and use chemicals that emit massive greenhouse gases?

Are these sectors and others of similar nature paying for their carbon pollution? Do they have laid down plans they commit to, to ensure they are bending their emission curves?

Remember, the global objective is to achieve net-zero carbon emissions by 2050—if we are to meet this target, then our priority should be how to reduce human-induced emissions.

Scientists argue that we should treat carbon pollution as a problem that we will pay for heavily if we don’t take the correct measures to address it. This means silencing the political impediment that hinders the implementation of environmental policies that has been witnessed across the world in both developing and developed countries.

It also means not allowing companies to manipulate the society by paying their way out while continuing to inject the killer emissions into the atmosphere.

All said and done, trees absorb significant amounts of carbon from the atmosphere through photosynthesis. Thus, no one should be discouraged from planting trees. Do it, it is your right, your effort is vital for the planet; but ensure those trees grow to maturity.

Kenya Forest Service has involved different stakeholders in the drive.
News
2 years ago
by CAROLINE KIBII
Columnists
20 May 2020 - 04:00