Key schemers, executioners of corrupt practices are actually in the private sector. 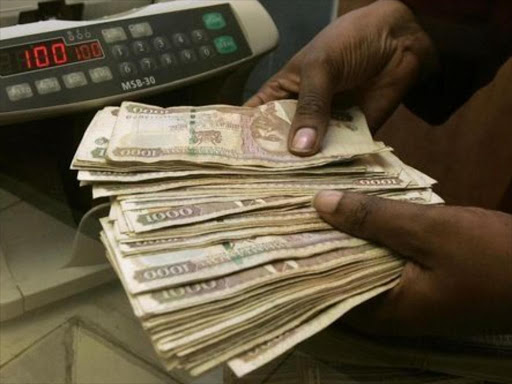 Governments across the world, Kenya included, have in the past decade embraced the practice of wealth declaration for public officers.

The deadline set by the Public Service Commission for civil servants to declare their wealth was the end of October.

All these efforts are part of a wider strategy to deal with corruption in government, where officers whose incomes are known live beyond their means.

Broadly, the principle of wealth declaration in the public sector is underpinned on the need for transparency and accountability by officers working for governments as they hold those positions in trust.

Asset declarations by public officials are an influential tool to avert sleaze, detect illicit enrichment and conflicts of interests.

Data from the World Bank show that more than 150 countries have introduced asset disclosure requirements for their public officials.

In addition, most of these countries have allowed for public scrutiny of these declarations and this has been touted as a key promoter of the anti-corruption value.

In Kenya, for instance, there are procedures that govern the manner in which a public official’s wealth declaration can be availed to a third party.

This has mainly been necessitated by the protection of privacy and to regulate reckless use of personal information for sinister purposes.

In an era where corrupt public officials are known to use proxies in their well-coordinated activities, it is important that private sector players also consider the need to regularly file wealth declarations.

In March 2003 there was a spirited effort by members of Parliament to entrench the culture of wealth declaration among private sector entities.

However, this did not go far as there is currently no law that requires those working in the private sector to declare their wealth.

However, in the Kenyan context it has been revealed that while some government officials have perpetrated corruption, the key schemers and executioners of corrupt practices are actually in the private sector.

A few chief executive officers of private companies in the country have made public their wealth and these are mainly drawn from those that are listed in the stock market.

The world over, the private sector is the major contributor to economic growth while the government creates an enabling environment for trade and industry.

Equally, the spirit of integrity thus needs to cut across these two major economic sectors with a view to promote openness and accountability.

In an era where corrupt public officials are known to use proxies in their well-coordinated activities, it is important that private sector players also consider the need to regularly file wealth declarations.

There are notable cases of well-orchestrated schemes to siphon public money that have been traced to unscrupulous private sector entities and individuals.

It is therefore no secret that as corruption is viewed as thriving in government, the key players behind the scenes are in the private sector.

Overall, actual implementation of wealth declaration policies depends on a wide variety of issues, most important being political will to legislate and enforce the rules in place.

Additionally, there is need to change ethical behaviour within both the public and private sectors. These efforts will go a long way in promoting the need for public disclosure as a means of mitigating against corrupt practices across the divide.

Student at the Chartered Institute of Public Relations (CIPR), London

Public servants have until December 31 to declare their wealth or face harsh penalties.
News
1 year ago
by Simon Mwangi
Columnists
03 January 2020 - 04:00