• Modern African company boards include staff retention on their dashboards. Diligent company directors look for underlying trends and often read high employee turnover as red flag - a sign that not all is well inside the business. 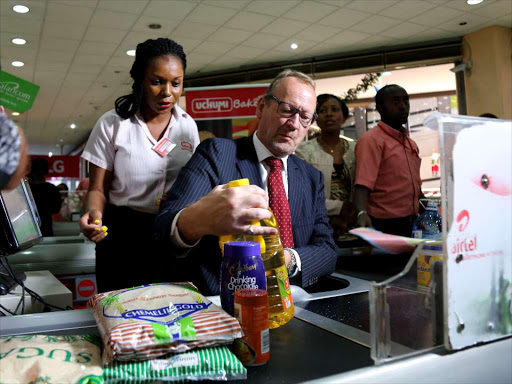 Modern African company boards include staff retention on their dashboards. Diligent company directors look for underlying trends and often read high employee turnover as red flag - a sign that not all is well inside the business.

But what is a high level off turnover? Is the Millennial generation rocking the boat so hard that unprecedented numbers of staff are going overboard? You’d be surprised to hear that the data says not.

While there’s little sharing of employee retention information in Africa, elsewhere in the world it’s widely available. US-based Pew Research recently compared what percentage of 18-35 year olds stayed with their employer for 13 months or more. 63% of Millennials chose to do so in 2016 compared with 60% of Generation X in 2000. Hardly a seismic shift.

The UK’s Institute of Employment Studies, believes the core labour market has stayed “remarkably stable”, even if certain “bits around the margins” are less secure than they were. Their data shows that the average time spent in a job was 7.9 years in 1994, moving to 8.2 years today, partly due to an ageing workforce.

The Institute says: “There’s a persistent narrative that job tenure is more fleeting, but the data doesn’t bear that out. And while 30 years ago a UK graduate might have found a position to match their qualifications after taking one or two jobs, today it is more likely to be their third or fourth.”

Workforce culture specialist O.C. Tanner Institute’s 2018 Global Culture Report says that creating a positive employee experience is no longer about providing a job for life. Instead it’s about ensuring that each individual feels a sense of purpose and is offered suitable opportunities to achieve success.

“If you ask people why they’ve changed jobs, they won’t say it was for money or a promotion. These days they have a deeper appreciation of what a positive workplace looks like and are no longer afraid to say what they want; so they’re not less loyal, they’re just more demanding.”

While new attitudes may have come from the Millennial generation, they’ve now permeated the age range. Staff members, irrespective of generation, now expect more from employers. From my experience inside African businesses I can confirm that this change is happening here too.

Our more progressive Human Resources departments are starting to realise that retaining employees for the sake of it is a false economy. The leadership and management challenge has now shifted: it’s more about keeping people engaged, so they provide value while they’re with you and then become brand advocates when they leave.

Chris Harrison leads the Brand Inside