• Nobody knows for sure what impact a boycott of Kenyan tourism organised by animals’ rights activists would have.

• But there can be absolutely no doubt that such a boycott would arrive with a vengeance if we were to legalise hunting. 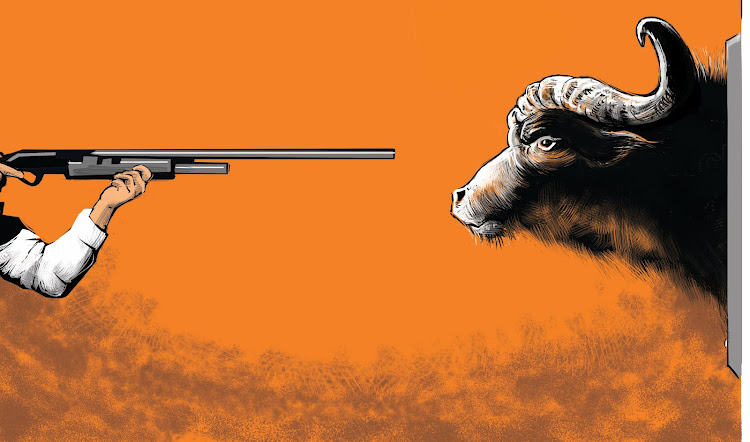 We often read of poachers having killed elephants. Or a lion. Or a rhino. And along with this, predictions of how with the rapidly declining wildlife populations, our children or grandchildren will have to go to zoos to see these animals.

All this leading to an assurance that future generations will not forgive us for “squandering their heritage” by not taking care of Kenya’s “priceless wildlife”.

But recently we had a rather different kind of headline: of the Lake Nakuru National Park having a huge surplus of buffalo. Specifically, that the park had about 3,850 buffalo, when it is scientifically estimated to be only capable of sustainably supporting 500 of them.

One wildlife expert was quoted as pointing out that “…The buffaloes have become so many that they are even a threat to lions…the kings of the jungle which are supposed to help bring down buffalo populations have instead been overpowered and have moved out of the park”.

Given that lions are a major attraction in any game park, this development must in the end impact on the revenues from Lake Nakuru National Park.

Such a scenario demonstrates just how difficult it is to come up with any long-term and effective plan for conserving Kenyan wildlife. And, specifically, doing this while at the same time keeping an eye out for the tourism revenues without which we cannot hope to have the money needed to support our wildlife populations.

Now if this was Tanzania, the solution would be simple: the wildlife service would license recreational hunters to come out and shoot roughly 3,000 of those buffaloes over a period of time. Such ‘big game hunting’ is perfectly legal not just in Tanzania, but also in Zambia, Namibia, Zimbabwe and South Africa – though not in Kenya.

And there is no shortage of hunters from different parts of Europe and North America who would pay extravagant sums for the privilege of shooting a large beast like a full-grown buffalo and carrying the trophy (the preserved buffalo head and horns) back home as a souvenir.

But that is not all there is to it.

You may recall the huge controversy which was caused a few years ago when a famous lion named Cecil living in a Zimbabwean national park, was shot dead by a dentist. This dentist, who was a trophy hunter, had a licence to shoot a lion. So, what he did was not in itself illegal.

Nonetheless, this incident raised such fury among animal rights activists that a campaign was launched to teach this dentist a painful lesson, as well as to make an example of him.

Some online activists urged residents of his hometown to boycott his dental practice. But others took it even further, with a prominent animal’s rights activist declaring that the dentist “needs to be extradited, charged and, preferably, hanged.” There were also many anonymous death threats – no small matter in a country like the US where so many people possess licensed firearms.

I am given to understand that the fact that Kenya does not allow professional big game hunting contributes greatly to the nation’s appeal as a safari destination. Tourists like to believe that the animals they see running around in the wilds are protected and will not be shot by hunters.

Nobody knows for sure what impact a boycott of Kenyan tourism organised by animals’ rights activists would have. But there can be absolutely no doubt that such a boycott would arrive with a vengeance if we were to legalise hunting.

And yet we have all those buffaloes degrading the environment of the Lake Nakuru National Park and chasing away the lions.

If ever there was a subject much in need of “public participation” and new policy, then it is the licensing of recreational hunting in some of the areas surrounding Kenya’s game parks.

At those rates, those 3,000 surplus buffaloes would potentially bring in $50 million – which is Sh5 billion approximately.

Post a comment
WATCH: The latest videos from the Star
by WYCLIFF MUGA
Columnists
25 April 2019 - 04:00
Read The E-Paper