Bashir’s fall a triumph for the people of Sudan

• Sudan’s moment is about Alaa Salah, not Abdel Fattah

• Now is the hard part. Only an inclusive political dialogue can meet the aspirations of the long-suffering people of Sudan 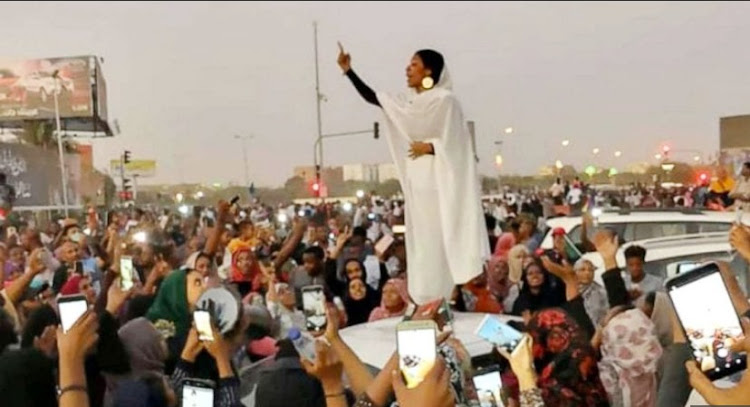 From Algeria to Zimbabwe, the voice of ordinary African citizens is rising. Ordinary people are standing up. They are saying enough to despots.

When US President Donald Trump lifted economic sanctions against Sudan in October 2017, then President Omar al-Bashir's government was ecstatic. The tempestuous relationship with the West was finally over. Many imagined that Sudan would open a new page and an economic renaissance was at hand.

More importantly, Bashir and his coterie of military henchmen believed that Trump, persuaded by the Saudis, had sanitised and legitimised his dictatorial and murderous regime. But the decision to lift sanctions was perhaps the tipping point for his regime.

Bashir’s tenancy at the helm of power was also complicated by South Sudan’s decision to secede. This wiped out about 75 per cent of Sudan’s oil reserves and more than 50 per cent of revenue.

The people's revolution must not be subverted. The military cabal that propped Bashir must yield. It must not steal the people's triumph

Economic sanctions, the object against which Bashir rallied nationalist passions, were no more. Bashir had to square with the Sudanese people. Millions of Sudanese showed up to cash in the promissory note they received from Bashir. What happened to infrastructure, education and healthcare?

Ending fuel and wheat subsidies at the behest of international lending partners did not help Khartoum’s junta. Inflation surged. Outrage was channelled. The opposition was emboldened. Professional classes and ordinary citizens organised and marched.

According to the Food and Agriculture Organization, elimination of wheat subsidies in February last year, coupled with currency devaluation, exacerbated commodity and currency shortages and caused unprecedented hardship for all Sudanese. Ordinary Sudanese waited for days in endless queues to buy fuel.

After nearly four months of protest, dozens of deaths, arrests and indomitable chants of liberty and revolution, Omar al-Bashir fell from power on April 11, 2019. His military friends threw him under the bus and installed one of their own, Lt-Gen Abdel Fattah Abdelrahman Burhan. General Burhan will now lead a transitional military council for the next two years and hopefully return the country to a civilian, democratically elected government.

The road was long and hard. The Sudanese Professional Association and the weary collection of opposition parties were at the forefront of the defiant protests at the crossroad in front of the heavily guarded military complex in Khartoum. Bashir shut down the internet. Schools and universities were closed.

Women who marched for the cause of change were especially targeted, tortured and charged with morality crimes and jailed. That is why the world is enthralled by Alaa Salah, a 22-year-old student at Sudan International University. Her picture atop a car outside the military complex chanting Thwara (revolution) is the undisputed symbol of liberty.

Now is the hard part. Only an inclusive political dialogue can meet the aspirations of the long-suffering people of Sudan. The people's revolution must not be subverted. The military cabal that propped Bashir must yield. Sudan’s moment is about Alaa Salah, not Abdel Fattah. The military must not steal the people's triumph.