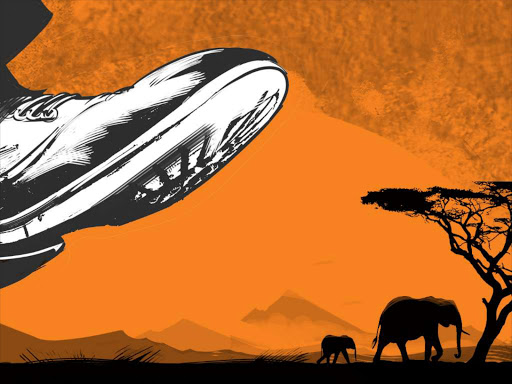 Every year hundreds of cities across the globe organise a Global March for Elephants, Rhinos and Lions. The event held in more than 130 countries brings thousands of people from various walks of life to advocate the protection of wildlife. Wildlife populations in Africa and around the world are declining rapidly due to threats such as habitat loss, human-wildlife conflict, poaching, climate change and unsustainable trophy hunting. The illegal trade in wildlife parts continues to deplete the species numbers.

In 2017 WildlifeDirect together with Kenya Wildlife Service and Stand Up Shout Out partnered with 30 organisations to plan the biggest march in the whole world, which generated global awareness about the plight of elephants, rhinos and lions. More than 2,000 people marched for 15km in Nairobi under the scorching heat.

Last year’s Global March was postponed to April 13 this year to coincide with the World Wildlife Conference. The 18th meeting of the Conference of the Parties to CITES (Convention on International Trade in Endangered Species of Wildlife Fauna and Flora) will be held in Colombo (Sri Lanka) from May 23 to June 3. This year’s march is set to be even bigger and better and continues to advocate the strongest protections possible for endangered species that will possibly drive policy change at CoP18.

Last year was one of the harshest for wildlife, and especially rhinos. In March the world lost the last known male Northern White Rhino and in July, 11 black rhinos in a botched translocation in Kenya. According to Save The Rhino, the black rhino population is estimated to be between 5,040 and 5,458 in the wild in Africa. Kenya's black rhino population was at 696 as at the end of 2016.

A month later, Feisal Mohammed, who had been sentenced in 2016 to 20 years imprisonment and fined Sh20 million for allegedly trafficking in 2,152kg of elephant ivory was released.

Two fugitives who are on Interpol’s most wanted list, Nicholas Mweri Jefwa and Samuel Bakari Jefwa, are still on the run. These raise an alarm on Kenya’s justice system and call for improving convictions against high-profile wildlife traffickers.

Elephants have declined to almost a third of their population within a decade, with an average of 35,000 poached every year due to global demand for ivory. Africa’s lion population has declined by 43 per cent, with an estimated 23,000 left, while pangolins remain the most trafficked mammal in the world.

Since 2013, when the first Global March was held, it has generated immense global media attention and sparked public interest. This has brought to the limelight the trade in illegal wildlife parts, prompting governments to ban the trade in their countries.

China, one of the largest markets for ivory, banned domestic trade in ivory in early 2017. Late last year, the UK’s bill on ivory became law, banning ivory sales, and Hong Kong is expected to close its ivory market by 2021. While this is a step in the right direction, and maybe a reprieve for wildlife, a lot still needs to be done.

Ranked fourth after drugs, arms and human trafficking, wildlife crime is a major threat to wildlife and cannot be won by any single country except through global partnership.

While Kenya is on course to achieve the Big Four agenda, we cannot ignore the fact that wildlife and environmental conservation is crucial to economic growth. Tourism accounts for 14 per cent of Kenya’s GDP. Wildlife remains one of the top attractions for tourists. Overlooking it as we address the Big Four can be detrimental to achieving vision 2030 and becoming a middle-income country.

We urge all Kenyans to show up in large numbers on April 13 for the Global March for Elephants, Rhinos and Lions, Nairobi edition. Let’s lend our voice to create global awareness and call for Africa to unite in seeking the strictest measures to protect wildlife. The Global March will offer the youth a platform to contribute meaningfully to wildlife conservation.