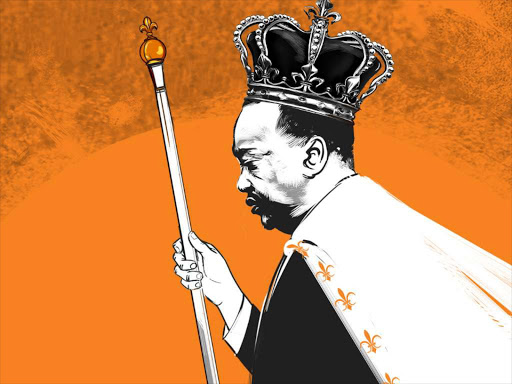 'I suppose it was inevitable that Kenya would end up with such a toxic imperial presidency.'

It is impossible to drive around Nairobi for more than 30 minutes without seeing a giant billboard, or a huge banner, inviting you to “detoxify” at a recently opened “Spa” somewhere in the city.

Apparently this “detoxifying” is big business. And the key to its success is that many have come to believe that even if you live an exemplary life of no smoking, very moderate drinking, and plenty of exercise, still you will somehow end up with all kinds of “toxins” in your body – hence the urgent need to “detoxify”.

Well, in my opinion, there is only one really important process of detoxification required in this country, and I am glad to see that the process is well underway. By this, I mean that we have over the years come to have extremely toxic presidential elections. And if the work of the Building Bridges Initiative set up by President Uhuru Kenyatta and his formerly implacable rival, former Prime Minister Raila Odinga, delivers on its promise, then we will hopefully detoxify the Kenyan presidency once and for all.

I suppose it was inevitable that Kenya would end up with such a toxic imperial presidency. The late Nobel Prize winning Trinidadian author, VS Naipaul wrote that “the commonest political ambition is to evict and supplant” those already in power. And so it proved to be in Kenya at the dawn of Independence.

Did we have the image of Queen Elizabeth on our currency before Independence? Well, then of course we had to have the image of our new president on all our currency. Had various institutions been named after members of the British royal family? Well, we then had to have Kenyatta National Hospital; Kenyatta University and Jomo Kenyatta International Airport, not to mention Kenyatta primary and Kenyatta secondary schools all over the country, and Kenyatta Avenues in every major town.

Throughout recorded history, it has always been the case that having one man placed so firmly at the centre of a nation’s affairs is but a recipe for dictatorship – even if it be a heroic figure like Jomo Kenyatta who had struggled for decades in the cause of Kenya’s independence and suffered greatly at the hands of the colonial establishment.

No matter how noble that man may be, he will be swiftly surrounded by courtiers whose only objective is to flatter the president as a means of obtaining some lucrative favour from His Excellency.

In any event, the progress of a nation depends more on the creation of strong institutions – ideally independent or quasi-independent institutions – which can guarantee that the country will be governed by laws, rather than the arbitrary whims of men.

But that was never the case in Kenya: We learned very early after Independence the virtues of clientelism and that the path to obtaining any benefits from the state lay in “leading a delegation to pledge loyalty to the president” and thereafter more or less kneeling before the imperial president to beg for this favour or that.

Thus we find that there are Kenyan intellectuals who cannot be persuaded to spare a generous word for either Jomo Kenyatta or his successor, our retired President Daniel Moi. They write of both men as betrayers of the expectations of ordinary Kenyans: Traitors who when in power, were obsessed with “primitive accumulation” and were profoundly indifferent to the widespread destitution within our borders.

I think a case can be made that both men were – in fact – victims of a highly toxic political system which gave them powers that would have corrupted just about any man. Powers that any politician who had once tasted them would thereafter ruthlessly fight to retain.

And this is the imperial presidential system that Uhuru and Raila are now out to detoxify.

Moi, for example, when he ascended to the presidency as Jomo Kenyatta’s long-serving Vice- President, was famous for his modesty and restraint.

He left the presidency 24 years later widely reviled as the living definition of the “African Big Man Syndrome”; generally believed to be the richest man in all of East Africa; and with corruption scandals, assassinations and political detentions marking his final decade.