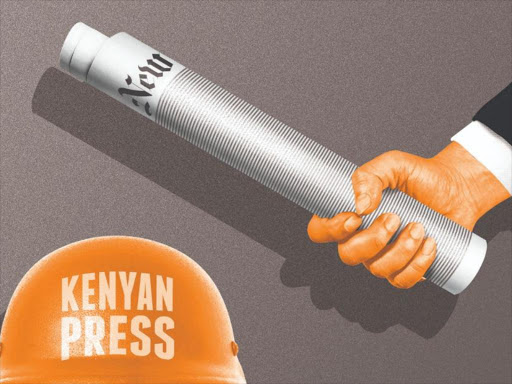 The NYT’s refusal to take the images down is seen as a continuation of violence against the victims and their families.

The New York Times’ decision to publish graphic images of victims of the Dusit terror attack, and the backlash it has engendered online have sparked furious debates about everything from the perceived racism of the foreign press, to media ethics and the limits of press freedom.

Many shades of opinion have been expressed, with some seeing the photographs and the NYT’s refusal to take them down as a continuation of violence against the victims and their families, and as evidence of racist double-standards in reporting on terrorist atrocities. Others have opposed the torrent of personal abuse and calls for deportation visited on incoming NYT bureau chief Kimiko de Freytas-Tamura following her initial tone-deaf and seemingly dismissive responses to complaints on social media. Threats by the state in the guise of the Media Council of Kenya to revoke or suspend her and her colleagues’ media accreditation if the Times did not remove the images and issue an unconditional apology have also opened up a regulatory can of worms.

Photographs of deceased victims of terror attacks strike a particularly sensitive chord in Kenya and it is not just the foreign media that has found itself on the receiving end of a social media backlash. Following the 2013 attack on the Westgate Mall, in which 68 people lost their lives, the Sunday Nation was excoriated and forced to apologise after it published on its front page a gory photo of a bloodied and screaming woman. Three years ago, the government arrested and threatened to prosecute bloggers for circulating pictures of dead Kenyan soldiers following the overrunning of their base in Somalia.

While extremely sensitive, it is not one that lessens Kenyans’ general commitment to press freedom. Fifteen months after Westgate, many were outraged when the government rammed through Parliament amendments to security laws that included a prohibition on the publication or broadcast of images of terror victims without the consent of both the police and the victim. The law was later struck down by the courts, which ruled it infringed on the constitutional guarantees of press freedom and freedom of expression.

Media editors also have to contend with evolving community standards and attitudes as well as social media’s empowering of audiences to forcefully express themselves. Two decades ago, in what seems a completely different era, graphic images of victims of the 1998 bombing of the of the US Embassy in Nairobi in which 224 people died, caused little uproar. And while pictures of victims of state violence do not always attract the same umbrage, the traumatising and, in many ways, uniting effect of terror incidents gives their expression particular force.

It is within this context that we must understand the reaction to the publication of the photographs. The New York Times claims it was motivated by the need “to give our readers around the world a clear picture of the horror of an attack like this”. However, many are not buying it, pointing out that, despite the paper’s assertions to the contrary, similar standards are rarely applied to white and US victims. In a telling interview explaining the Dusit D2 decision, Meaghan Looram, the NYT’s director of photography, admitted that she could not recall seeing pictures of victims of school shootings in the US and the need to abandon historical notions that “may have applied different standards to material from locations broadly thought to be remote or ‘over there’, rather than close to home.”

But it is these very notions that have seen the paper refuse to bring down the offending photograph despite over 14,000 people signing a petition for it to do so. That this demand is being made by ordinary Kenyans is what should matter. It is not about censorship or what the state says. Rather, Kenyans are demanding that the folks at The New York Times choose humanity over their editorial policy. It should be a no-brainer.

The stand-off with the MCK is thus unnecessary. But it does have rather toxic implications for press freedom in Kenya. Not only does it make it easier for the state to isolate and target the foreign press corps, something it has previously done, but giving the government a taste of the power to decide what content media can carry could whet its appetite for more. As was demonstrated with the 2014 security laws amendments and again with a shutdown of local private broadcasters for a week last year, this is no idle threat.

So, for the sake of humanity and press freedom, the Times should have taken down the photo. And an apology would be nice too.

Post a comment
WATCH: The latest videos from the Star
by Patrick Gathara
Columnists
28 January 2019 - 00:15
Read The E-Paper