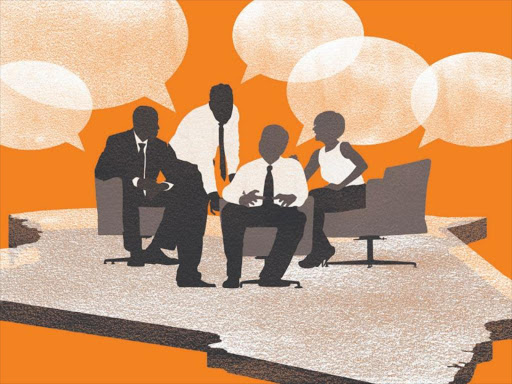 The cost of living has gone up for the majority of Kenyans in the last few months, with many struggling to make do with their meager means. Fuel taxes, rising inflation, huge wage bill and hiked transport costs have all left the common mwananchi penniless and with no food on the table at the end of the day. To make matters worse, the state of human rights has been deteriorating and reforms losing direction and focus.

From Kisauni in Mombasa to Mathare in Nairobi, Kondele in Kisumu to Majengo in Nakuru, extrajudicial killings, enforced disappearances, torture, rape and other forms of abuses are being reported in large numbers.

The people are suffering gross human rights violations and seem destitute, not knowing who or where to turn to. While all this is happening, the leadership appears to be taking Kenyans on a reform path that is not people-centred but one that will suit their personal whims and desires.

In the last few days, we have seen politicians bootlicking for purposes of securing jobs offered purely for political reasons, expediency and not in the interest of Kenyans. Early campaigns and positioning for 2022 seem to be the top most agenda for most politicians, especially those in Parliament and government.

They are using political platforms to hoodwink Kenyans into believing they are working for the people when in the real sense they are posturing for personal favours.

The leadership has lost sight of what Kenyans are yearning for. What ails Kenya is clear for everyone to see. Various initiatives in the past have been set up to address the problems. For the country to get back on track, all that government and the political class need to do is implement reports such as the Truth Justice and Reconciliation Commission (TJRC) report, the Ndung’u Report on Illegal and Irregular Land Acquisition, Kriegler Report on the 2007 General Election and the Waki Report on Post-Election Violence, among others.

Presently, political leaders are using the call for a referendum for their selfish reasons. They have hardly defined or explained what benefits a referendum will bring to Kenyans. The desires of the Kenyan people are being hijacked and used to position politicians for 2022. The common mwananchi has been left out of the debate and his/her issues pushed to the periphery. No one is mentioning human rights or issues that directly affect wananchi such as corruption, unemployment, insecurity or women’s rights. The only rhetoric that Kenyans are hearing from politicians is political realignments and sharing of positions.

Kenyans are calling for the immediate redirection of the national debate towards wananchi and their bread and butter issues. From its engagement with communities at the grassroots, Haki Africa has identified various issues that require attention.

In relation to the Constitution review debate, Haki Africa is calling on Kenyans to consider expanding the Bill of Rights to include extrajudicial killings and enforced disappearances as human rights abuses. Provisions should be put in place to ensure these issues are addressed adequately, including compelling the authorities to deal with them urgently.

Kenyans cannot allow the political class to drive the reform/referendum agenda, especially since they are doing it for selfish gain. We must not allow ourselves to be misled by political rhetoric while our rights continue to be violated with impunity. We must refocus and safeguard our interests. Wananchi should speak in clear terms and wrest control of the reform agenda from the politicians.

The political class must equally remember that they hold those positions in trust and must deliver to Kenyans the promise of a better tomorrow. Politicians who drive personal agenda should be shunned and shamed for failing their people. All justice and peace-loving Kenyans must stay the course and safeguard their rights and liberties. The country must remain focused on development, equality and livelihoods for all.