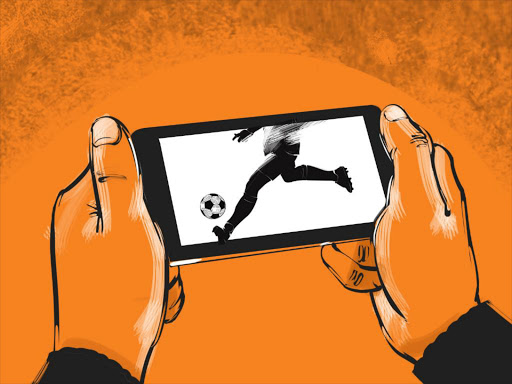 The Betting, Lotteries and Gaming (Amendment) Bill, 2016 is currently before Parliament for debate. The proposed law, sponsored by Gem MP Jakoyo Midiwo, seeks to crack down on the gaming industry by introducing stringent measures such as banning advertising for betting firms, capping the maximum wager on sports betting platforms at Sh200 and requiring all funds made from gambling to be deposited into a bank account, among others.

This is not the first time Midiwo has taken such a combative stance against the gaming industry. He has been stubbornly persistent. In mid-2016, Midiwo proposed the establishment of a Select Committee to probe the activities of sports betting firms. However, MPs unanimously shot down the proposal. The House was convinced that such unfettered interference in private business’ operations would not only cripple legitimate gaming firms, but also undermine the role sports betting firms play in nurturing local sporting talent. These convictions were spot on.

Sports betting firms have been uniquely instrumental in nurturing sporting talent in Kenya in recent years. They have helped reverse unemployment by proposing professional sports as an alternative and rewarding career path for many Kenyans who can’t access formal jobs but are blessed with sporting talent.

The role of sports betting firms in nurturing sporting talent is particularly evident in the Kenyan Premier League. SportsPesa in 2015 unveiled a million-dollar sponsorship of the KPL. Individual clubs have also received support from sports betting firms. For instance, Betway in October announced that it would sponsor Mathare United FC.

By tapping the potential of sports betting firms through strategic legislative interventions, Kenya is taking progressive steps in its bid to nurture sporting talent. Midiwo, however, wants to take us back with the retrogressive betting law. It must be rejected on this basis.

The proposed law also has other inherent flaws that cannot be overlooked. The underlying logic behind the law is that making betting more inaccessible will result in less gambling, fewer cases of addiction and hence protection of bettors from financial ruin. This logic, convincing as it is, is greatly erroneous.

What drives gambling is not the availability of betting platforms, which the proposed law seeks to reduce, but rather the love of sports. Gambling is part of the modern sporting experience. As long as Kenyans throng sports bars in the weekend to catch the latest game, betting will be an innate part of their entertainment routine. The only question is whether people will bet through licensed and professional firms, which advocate for responsible betting, or whether they will go through the black market, which has no ethical code.

By crippling the business of licensed gaming firms, the proposed law will push bettors away from licensed firms to the unregulated and unsafe black market, effectively harming the bettors it seeks to protect. History has some cogent lessons to offer in this regard. The effects of the prohibition on manufacturing and distribution of alcoholic beverages in the US between 1920 and 1933 indicate that restrictive laws did not impede drinking but rather encouraged bootlegging, setting the stage for the rise of violent organised crime figures such as Al Capone. Al Capone and his ilk put many American drinkers in harm’s way. Kenya must not make similar mistakes in the gaming industry.

Furthermore, if the gaming market is cornered by black market operatives, the economy will suffer due to the steep cost of fighting organised crime as well as lost government revenue in the form of taxes. Around Sh500 million goes through licensed sports betting platforms in Kenya daily. If this money is diverted to the black market, government revenue will certainly be lost as criminals don’t pay tax.

The proposed law is too linear and idealist. It neither looks at the big picture nor conform to the realities of the modern world. By controlling the lives of sports fans, it also rails against the personal liberties enshrined in our Constitution. Moreover, it goes against the principle of free markets and limited government interference in business, which is a distinct competitive advantage that the Kenyan economy enjoys. MPs should and, hopefully, will reject the proposed betting law.