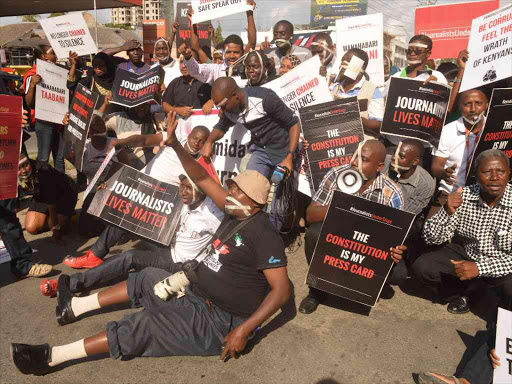 One of Aesop’s fables is a tale of a shepherd boy who had been tasked with taking care of a flock of sheep that belonged to a certain village. Every morning, he used to take them to the forested hills surrounding the village to graze and bring them down in the evening. These hills were inhabited by wolves and other wild animals. The villagers always cautioned the boy to be careful.

However, watching the sheep graze every day became boring with time. To create some excitement, the young fellow decided to come up with a game. Every couple of weeks the boy would run down the hills in the early afternoon screaming, ‘Wolves!!! Wolves!!! Wolves!!!” The villagers would quickly take up whatever farm tools were near them as weapons and run up the hills to rescue him. Panting, the boy looking very scared would tell them how a pack of wolves had descended on his flock, killed most of them and dragged the carcasses away. The men would run into the forest hoping to save whatever was left of the flock while the women would carry what they saw as a frightened boy back to the village. But then, the men would come back leading all the sheep and having seen no signs of wolves. The young boy would then burst out into gleeful laughter at how he had tricked an entire village.

One day, the wolves actually attacked his sheep. He came running down the hill screaming about it at the top of his voice, but no one was bothered. The women in the fields did not even look up. The men continued doing what they were doing. At sunset, everyone wondered why the shepherd boy hadn’t returned to the village with their sheep. They went up the hill to find the boy. They found him weeping.

The Kenyan media, civil society and political opposition are behaving like the young boy. Every so often, the media will splash a screaming headline ‘Sh5 billion looted in ministry of Health’. The opposition will hold press conferences telling us how corrupt the Jubilee government is. Civil society will then organise demonstrations demanding someone be fired for being behind it. No one bothers to provide proof or follow due process.

Each cry of corruption is introduced with ‘shock and awe’ but no substance. Then it disappears in the wake of a ‘new scandal’. Then the very existence of so many accusations becomes justification that something must be wrong, otherwise why would so many allegations of corruption exist!

God forbid one of the allegations actually turns out to be true, which will of course happen when you have a public service of 250,000 employees managing an annual budget of Sh2 trillion. This then becomes proof that all the other allegations must be true. They just have not been proven too.

This situation is not sustainable. Just like the young shepherd and the village, we are being exposed to sensational corruption cases every day that are not supported by any evidence.

We also never get to the bottom of any, moving on to the next sensational ‘scandal’ before concluding on the first. Then nearly all of them take political angles, and are discussed with ethnic undertones.

The day there will be an actual pack of wolves on the horizon, no one will believe it.

Post a comment
WATCH: The latest videos from the Star
by NGUNJIRI WAMBUGU @ngunjiriwambugu
Columnists
07 November 2016 - 05:00
Read The E-Paper