What varsities should be doing 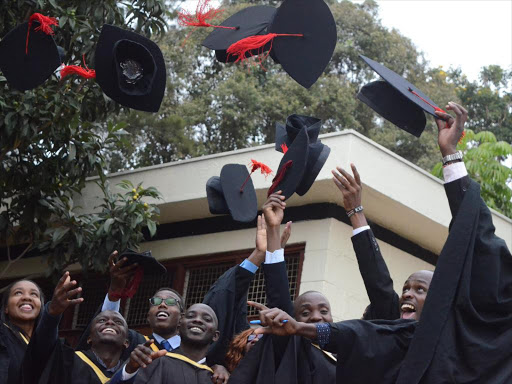 The global youth unemployment rate is on the rise according to the International Labour Organisation. The deterioration of employment prospects for the youth is expected to be worse in developing countries, where official unemployment figures understate the severity of youth labour market challenges. Moreover, the informal sector, which creates about 90 per cent of the new jobs, does not pay young people enough to get themselves out of poverty.

A survey commissioned by the East African Institute of the Aga Khan University in 2014-15 revealed one in every two students who graduated from East African universities were unemployed. This is hardly surprising.

Another study, commissioned by the East Africa Business Council and the Inter-University Council of East Africa, showed about 53 per cent of East Africa’s graduates were not employable. In addition, Africa’s stellar GDP growth has not produced commensurate jobs for the youth.

In regard to universities, to what extent should curricula be aligned to industry needs? Is it the role of the university to just produce competent graduates? What really is the public purpose of higher education? What should be the attributes or unique qualities of a university-educated person?

There must be a higher public purpose for investing in higher education. That purpose is certainly more than training technically competent automatons. Non-degree granting institutions such as polytechnics should produce all kinds of technicians, accountants, plumbers, chefs, pilots and masons.

Yes, it is important and desirable that young university graduates have skills and are able to find or create work, earn an income, live fulfilling lives and contribute to their societies. And there is no doubt that Africa needs more university educated people, especially given the current unemployment crisis and the myriad challenges we face now and in the future.

It is difficult to contemplate the role of a university in this century without thinking about leadership — visionary and ethical leadership.

There is no doubt that the next generation will face challenges far more complex and dire than those we are grappling with today. Leadership in the 21st century and beyond will require complex, convergent thinking that transcends disciplines, analytical and moral reasoning and cultural intelligence.

African universities must educate a generation that can think, create, innovate and solve problems. While there is no universal agreement on what a university graduate should look like, there is emerging consensus that the supreme purpose of varsities is to raise a generation of T-type individuals — who have unassailable cross-disciplinary depth crowned by expansive, connective and integrative breadth.

We must resist the temptation to proliferate universities and flood labour markets with half-decent graduates. Universities must not be vocational factories, which produce unthinking automatons. East Africa deserves better.

Post a comment
WATCH: The latest videos from the Star
by DR ALEX AWITI
Columnists
18 October 2016 - 03:00
Read The E-Paper