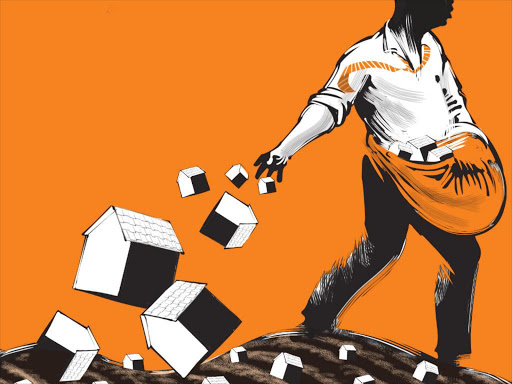 A number of buildings, mainly in Eastlands and Pipeline, were constructed without permission as owners had share certificates instead of title deeds as required

To legalise this exercise, it was enacted in March. It is intended to enhance development compliance and order within the city.

Amongst its key provisions, developers who built their homes without approvals were given a grace period to regularise their buildings, failing to which enforcement action would follow. Upon regularisation, developers will have requisite documents that include occupation licence which they can use for further development of their investments.

Later in October the same year, I spearheaded the issuance of 112 approved building plans to developers of Lucky Summer Estate in Pipeline, Embakasi. I had previously endorsed the 112 plans through the approval process in an event that was attended by developers and several political leaders as part of the approximately 1,000 developments in Lucky Summer that were scheduled for standardisation.

This process has been rolled out across the city, targeting critical areas that require urgent attention. More than 50,000 buildings have not been approved, yet they are occupied. A number of these buildings, mainly in the Eastlands and Pipeline areas, were constructed without necessary approvals as owners had share certificates instead of title deeds.

The majority of these owners bought land from land-buying companies which issued share certificates as proof of ownership. But the legal requirement for prospective developers before their plans are approved and a development permit issued is a title deed. Given these development variables, my government will take this exercise very seriously to forestall adverse effects associated with disorderly urban development.

In case of unapproved buildings, the county will evaluate whether they meet minimum habitable standards, including structural integrity. Further, if you bought land in which sub-division was never approved, you will be required to bring the development scheme-plan for us to check if it meets basic planning standards such as roads, stormwater drainage, utility wayleaves, open spaces and street lighting. We have set up a fully functional Regularisation Centre at the Lady Northey Nursery School, State House Avenue. Some developers have taken advantage of this initiative. It will close on November 10.

County officers from the Planning and Lands departments are ready to assist in fast-tracking the process at Ardhi House in processing and issuance of titles to genuine plot owners. We also take cognisance of the fact that the approval process has provided a platform to engage developers and other stakeholders in a more proactive manner as opposed to the previous reactive way of dealing with unauthorised developments. Those building structures which pass the test will be regularised while those which fall below the minimum acceptable criteria will require their owners fix the identified structural defects. However, those found to be beyond rehabilitation will be condemned and demolished.

So far, tangible results have been realised in places such as Lucky Summer, where about 25 per cent of the built structures have already been approved following an MoU between the county and the Lucky Summer Welfare Association. Others are Embakasi Ranching, Nasra 1 and 2, Kamuthi Farmers’ Cooperative Society, Lumumba Drive Estate in Roysambu and Tassia 1 and 2. In addition, about 5,000 building plans, or 10 per cent of targeted structures, have already been submitted for evaluation and will be approved. Let’s continue working together to secure our city development.

Dr Evans Kidero, is the Governor of Nairobi City County