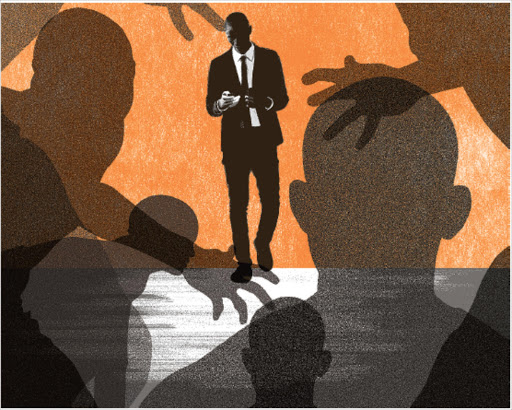 He is a hybrid – one with enough entertainment value to engage a humour-hungry Nairobi, but also with the ability to stimulate ideological thought, and a high potential for performance

Along comes a man called Miguna Miguna, billowing into the race for Nairobi governor. In his last grand appearance, he was seen in flowing robes, promoting his circus of a book Peeling Back the Mask, which I enjoyed thoroughly and recommend unreservedly.

Miguna appears to present the perfect mix for an electorate that celebrates political buffoonery, but still demands accountability and service. You see, the candidates we have for governor are either one or the other: Appearing to be total clowns or promising to be serious deliverers. Senator Mike Sonko and Margaret Wanjiru, for instance, are all about theatrics, while nominated MP Johnson Sakaja, CS Eugene Wamalwa and Philip Kisia have no capacity to amuse a crowd, short of physically tickling them.

Miguna on the other hand is a hybrid – one with enough entertainment value to engage a humour-hungry Nairobi, but also with the ability to stimulate ideological thought, and a high potential for performance.

The most important thing to note about him, however, is that he is a rare political specimen. He is a man who appears untainted by corruption. This is outstanding in a race where most of the eight aspirants have stinking skeletons in their closets. Their alleged sins range from being pharmacists (of the narcotic kind), embezzlers and devious religious leaders – contradictory as that may sound.

Going by his structured, logical arguments in last Wednesday’s ‘debate’ on Jeff Koinange Live, the man appears to be a future Kibaki-type manager. When, for instance, did you last hear an aspirant give a detailed integrated plan of what he intends to do?

There are a few things to note following that particular debate. First, I am convinced that the reason why Miguna got unanimously heckled was not just because of his outright brash delivery, but because he touched a raw nerve. A corruption nerve to be precise. At some point, Wanjiru and Kisia forgot that they were actually there to debate against each other as well. They even shared a ‘high five’ while jointly taunting Miguna. This is because they were united in defending themselves against alleged corruption. And at that moment, that was more important to them than competing against each other.

Secondly, Miguna has set himself up for traps. And the danger lies in his squeaky cleanliness; it makes many people uncomfortable. Like Joseph in the Old Testament, Miguna is a blameless dreamer. So what will his ‘brothers’ do? They will conspire to slay him. And they could do so in two ways. First, they will try to compromise him. Miguna’s enemies will get him through a seduction process. He will be tempted from all corners to receive money beyond his wildest dreams, so that they can have something against him, and be in the same boat. The goal is to make Miguna stop with his uncomfortable accusations and ‘annoying’ evidence that he seems to carry around with him.

The second is that they will orchestrate to remove him from the race by all means possible. As we saw in the debate, the rest of the aspirants naturally ganged up against him. And that’s just the beginning. He knows too much and is willing to say too much. Since he does not live in a glass house, he gleefully throws stones all day.

I wish Miguna the best, and that he may win against all odds. But what if he wins, gets compromised like all the others, and cannot resist the temptation of diverting parking fees to his current account? While he verbally intoxicates as a corruption-free man, imagine the lyrical gymnastics he will entrance us with should he get entangled in crooked dealings. Then we will be well and truly doomed in the stinking mess that is City Hall. God forbid. Having said that, I will vote for Miguna.