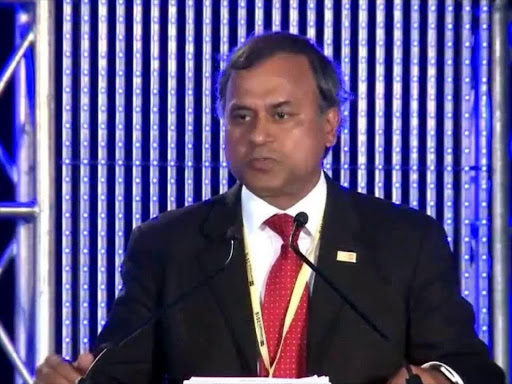 Mr. Siddharth Chatterjee, has been appointed United Nations Resident Coordinator in Kenya where he will lead and coordinate 25 UN agencies in the country. He will also serve as the Resident Representative of the United Nations Development Programme (UNDP).

Prior to this appointment, Chatterjee, an Indian national, was the United Nations Population Fund (UNFPA) Representative in Kenya.

In 1997 he joined the UN in Bosnia and over the next two decades served in Iraq, South Sudan, Indonesia, Sudan (Darfur), Somalia, Denmark, and Kenya. He has worked in UN Peace Keeping, UNICEF, UNOPS, the Red Cross and UNFPA.

Welcoming the appointment, Ms Ruth Kagia, Senior Advisor, International Relations and Social Sectors in the Office of the President of Kenya said, “Sid’s insightful understanding of clients' needs as the UNFPA Representative in Kenya has translated into tangible gains in maternal, child and adolescent health. His relentless energy and focus on results

of trust and confidence with the highest levels of Government, civil society, the private sector and development partners.

Chatterjee is expected to continue his advocacy for women’s empowerment in Kenya where he has led notable initiatives to advance reproductive, maternal, neo-natal, child and adolescent health.

resolutely pushed UNFPA’s mandate in the hardest to reach counties and service of the most vulnerable.

He mobilized resources and partners in the private sector to join this drive to leapfrog maternal and new-born health. This bold initiative was highlighted by the World Economic Forum in Davos and Kigali”.

Among Chatterjee’s other career achievements include mobilizing the

movement to join the eradication of polio initiative; negotiated access with rebel groups to undertake a

and the Malukus provinces; and oversaw UNICEF’s

He was recently profiled by Forbes magazine in an article titled, “Passionate Leader of UNFPA Kenya Battles Violence against Women, FGM and Child Marriage”

His early career was in a Special Forces unit of the Indian Army, where he was decorated in 1995 for bravery by the President of India.

Chatterjee holds a Master’s degree in Public Policy from Princeton University, USA and a Bachelor’s degree from the National Defence Academy in India.