Ndii For Suicide, Not Split 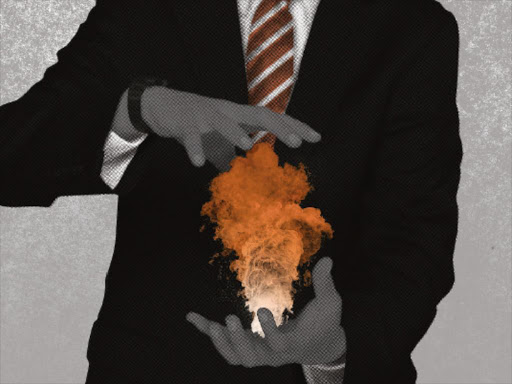 As an economist, he is simply not suffi ciently anchored in political theory, practice or analysis. He is as a doctor recommending malaria tablets to treat a broken limb

In the nineties, Mutahi Ngunyi labeled David Ndii’s articles interesting and original. Over twenty years later, it would appear that he was right. He was also accurate in describing the interesting parts as unoriginal and the original parts as uninteresting. These inadequacies, in my view, are most apparent when he veers into political commentary. As an economist, Ndii proffers quantitative solutions to qualitative problems. He is simply not sufficiently anchored in political theory and practice, or proficient in its analysis. He is as a doctor recommending malaria tablets to treat a broken limb. While the prescription is strong, it is a severe mismatch to the ailment.

This time, the tragedy in his March 26th offering in the Daily Nation is not in his flawed methodology and rendition. There is a far more disturbing slant to the article: his mission. The article comes to a startling crescendo with the words ‘ If Uhuru Kenyatta is declared winner in another sham election, the country will burn’ We are taken from zero to 100kph in 3.6 seconds. Bearing in mind Ndii’s definitive use of the predictive word ‘will’, let us interrogate what the burning of a country entails.

And where better to draw from than our unfortunate African continent? Out of its 54 countries, 47 have at some point in their history fallen into some form of conflict or worse, unbridled anarchy. This extreme in the violence spectrum is the genocide that Ndii invokes, where human life is no longer sacrosanct. In 2003, Liberians piled their decomposing dead on the doorsteps of the American Embassy, in a macabre call for help and a display of the depth of despair they had sunk into. Thousands of South Sudanese, to date, abandon the lives they have built to seek refuge in countries they may never call their own. This is but a fraction of the doom that Ndii definitively predicts.

So why would he, a public intellectual, presumably well aware of the magnitude of his dark forecast, paint this picture? The answer is this; he is bound by a contract that compels him to contribute to a grand election scheme- a preparation of the national mental ground. His is to carry out the conceptual groundwork; whose purpose is to subliminally condition the populace to a choice of two extremes- a favorable poll outcome for Raila or death and anarchy. His is to begin an intense peddling of a ‘Kenya will burn’ narrative.

While according to the Chief Justice his actions may not be criminal, they are unethical, immoral and plain wicked- iniquities that cannot be charged within our judicial system. The prosecutor can only be Ndii’s Conscience, but even then, only when he undertakes to free it from those whose interests the article serves.

The very fundamental reason for the formation of a country, and the very purpose for the existence of a Sovereign is the protection of the people- and not just from external enemies, but also from each other. Before volunteering nihilistic proposals, I would encourage Ndii to look into Social Contract theorists and other political philosophers for perspective. This would be a much needed first step toward political depth, should he still want to continue deliver political analysis to his readership. Otherwise, he is well advised to stick to the economic domain, where he is better qualified to offer observations and proffer solutions.

Finally, what Ndii is inviting us to imagine is not collective divorce, but communal suicide. By the way, while we are still on the subject Mr. Ndii, and as a small matter of practicality, who gets custody of the multi-ethnic children of your divorced Kenya?