Nairobi In Digital Push To Become A Smart City 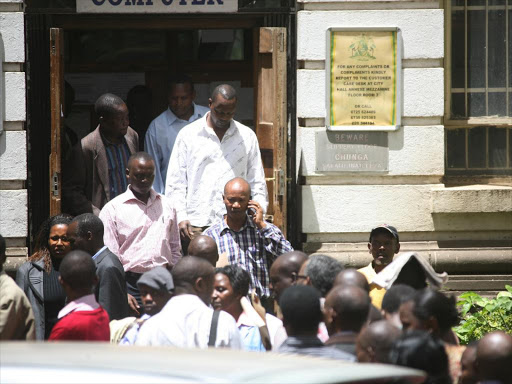 Tales of the past: Nairobi residents in a last-minute rush to pay their land rates in August 2012 .

Smart cities refer to the current global shift by the world’s big and small cities to the digital era. In multiple aspects, from automation of home utility services, to intelligent buildings, transportation, garbage and energy management, security and healthcare, global cities are going digital and Nairobi cannot afford to be left behind.

Automation is helping to slash utility bills for city residents by, for example, reporting water leakages and switching off lights when there are no occupants in a house. Cities such as Helsinki, Finland, have adopted automated garbage collection, where trash bins send an automated message to the city garbage collection company – ensuring that the garbage trucks only show up when the bins are full – improving efficiency and cutting service charges.

Global IT giants such as IBM, Cisco, Siemens and others have seized the multitrillion-dollar market, and are already developing smart infrastructure for smart cities of the future. Last year, in a real boost for Nairobi, IBM opened a new big data research centre, underlining our new frontrunner status. This body will assist in analysing big data, support decongestion of traffic and improve accessibility and speeds for accessing information and services.

The Nairobi government, under the leadership of Governor Evans Kidero, has put digitisation of services at the centre of its development plans for the city. Nairobians are already enjoying, albeit at a much lesser scale than the more advanced cities, the benefits of digitisation.

To pay land rates and verify registered landowners, for example, one just needs to access the Ejiji Pay portal. That would not have been possible before the county government’s launch of the digital platform in 2014.

Property owners will tell you of the long, winding queues that characterised the rates payment deadline rush toward the end of March. Traders will also remember a time when paying for annual business permits was a nightmare due to the many number of offices one needed to visit. Motorists have tales to tell of how they would walk up and down looking for cashiers to pay for parking. That painful process has been reduced to a click on the mobile phone and other digital devices.

We have transformed the way citizens interact with the county government services by also introducing an electronic public tendering process that is open and easily available for all to see.

These are achievements that undeniably have had a huge impact in improving the quality of life and delivery of services to city residents and businesses.

One week ago, I announced the Nairobi government’s decision to no longer accept cash payments at all revenue collection points beginning the next financial year. Digitisation is the road to the future, and I urge all Nairobians to come on board to help build the smart city that we want and deserve to live and work in.

There are no limits to the digitisation opportunities. Digital intervention has promised to offer a solution to unregulated taxi fares and congestion caused by street taxi drivers who wait for customers at coveted parking slots. Easy Taxi and Uber’s entrance have showed that it is possible to have a different conversation around this issue.

Intelligent buildings that harness solar and wind power, while running on natural lighting for most of the day and only tapping into the national grid on a need basis, have also showed how smart electrical grids can cut electricity bills while improving the quality of life. Nairobians may want to have a debate whether the requirement to build intelligent buildings should be incorporated in future construction bylaws.

The vexing problem of terror can undoubtedly be resolved by technology. The national government has already installed digital cameras to spot terror suspects on major highways and entry points, and the county government could and indeed is already complementing these efforts by having CCTV coverage in areas where the national government does not have reach.

Though education remains a function of the national government, county governments have a role to play in early childhood and education for those with special needs. Again, the use of technology such as the already operational digital television channel Elimu TV could help reach such people from their homes, without necessarily building any new, expensive facilities.

Even the traditional fear of job losses due to automation have been allayed, as more Kenyans innovate solutions for our everyday problems. Web Tribe Ltd, which runs Ejiji Pay portal, is an example of a Kenyan-owned company that is offering home-grown solutions to our problems.

Its youthful owners have received calls from other countries and cities to replicate their success abroad. That translates to more jobs and opportunities for our youth.

Nairobi – dubbed the Silicon Savannah – has boomed in recent years through international partnerships and homegrown products and as far as technology goes, there is indeed no limit to the smart cities of the future.