Register To Vote, The Ballot Can Transform Your Life 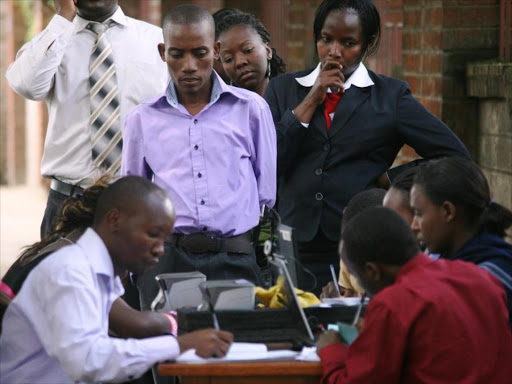 Last year, I attended a meeting at a ward assembly in one of the constituencies in Nairobi city. Apart from the elected leaders, local residents had tuned up to listen to what was on the agenda, including the building of a proposed $60,000 (Sh6 million) health dispensary.

The money was just enough to build the health facility but would not have been adequate to equip it, provide staff or even medicine.

My attention was caught by a sprightly elderly woman who followed the discussions keenly.

When given the chance to speak, she suggested that instead of spending the money on building a clinic, it was better to grade and repair an access road that led to the village where the health centre was to be located.

She argued that fixing the road would enable the villagers to access other health facilities within the ward that were already equipped, had at least two or three skilled health workers and a functioning pharmacy.

Other residents at the meeting chipped in to make their case that it was better to build the access road than to put up a health centre, which would not be functional until the ward was allocated more funds to staff and equip it.

Their suggestion carried the day and the road has now been graded.

The elderly woman got an opportunity to speak and to be heard. She and the others understood their responsibility as voters and wanted the elected leaders to heed their concerns.

As voters, they realised they could influence whether or not they will be able to access clean water, health services and education for their children.

In this case, they were not advocating for themselves and their families but for their neighbours and community.

Registered voters similarly are more likely to have the confidence to talk to elected officials and to be active and engaged citizens.

They not only have the satisfaction of knowing they have expressed their opinions but also get a sense of personal empowerment by voicing issues of concern to themselves, their families and communities.

She may or may not have considered that the candidates presented were not worth her vote but she went ahead and made her choice.

Refusing to register and participate in elections means ceding to others your right to demand medicines in hospitals, better schools for your children and better security.

After all, police officers are paid from your taxes! It is your money that the government – national or county – is spending or cutting.

Registering to vote does not mean you have to – it just means you can if you want to. After all, it is not compulsory for you to vote.

But voting should not be a burden either. That is why the Code for Kenya developed the GotToVote! platform to make it easier for citizens to identify their nearest voter registration centre.

Optimised for easy mobile access, GotToVote! gives users information on who is eligible to register and gives a list of documents (for example, a national identity card or passport) that they are required to take when they go to register.

An estimated 70 per cent of those aged above 18 and below 35 (almost 10 million) who are unemployed are among those who should register as voters.

They comprise a huge percentage of the estimated 8.3 million eligible voters the Independent Electoral and Boundaries Commission is targeting. It is they who can make a difference in whether they get jobs. But only if they register.

Catherine Gicheru is an ICFJ Fellow and the country lead Code for Kenya. [email protected] http://kenya.gottovote.cc/.