How Our Government Rescued Al Shabaab 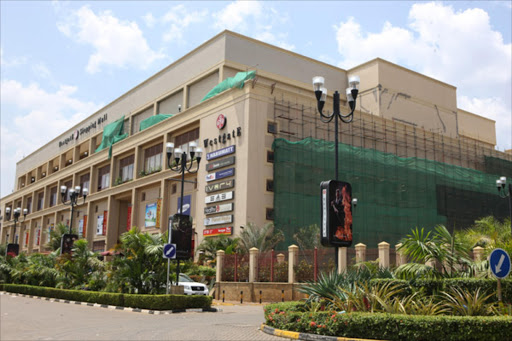 In October 2013, a month after the Westgate Mall attack, the same elite American Seal Team Six that had killed Osama bin Laden attacked a house in Barawe, Somalia. They planned to snatch an al Shabaab terrorist called Abdulkadir Mohammed Abdulkadir aka Ikrima. A fierce firefight ensued and the Seal team withdrew empty-handed. Ikrima, rumoured to be an exceptionally bright al Shabaab planner and strategist, speaks six languages and is the architect of many of the most ambitious moves of the group. Ikrima also happens to be Kenyan.

The incident served to illustrate the intensity of the battle against extremist terror that continues in the shadows in the region and which involves a range of security agencies from multiple countries. The contingent of Kenyan citizens in al Shabaab has grown from around 10 per cent in 2010 to over a quarter today. Additionally, these Kenyan jihadists have now firmly turned their attention to the homeland.

Indeed, al Shabaab woke up the Kenyan middle class at Westgate in September 2013 killing over 60. They struck again in Mandera in December 2014 – killing 36 and more recently in April at Garissa University where 147 students were slaughtered. They murdered more non-Muslims in Mandera a month ago. The combination of attacks has gotten under the skin of the Kenyan collective psyche. It also became clear how shaken Kenyans were when after the Garissa University attack exploding transformers and barking dogs at various varsities caused students to jump out of their dorm windows fearing they were under terrorist attack.

Garissa University was poignant because the murdered students were mostly the children of the not-so-well-off and the government mishandled its response in three ways: first, it reminded Kenyans that the KDF marched into Somalia without proper constitutional approval and to this day lacks an exit strategy and a clear vision of what success looks like. Indeed, our government jumped into Somali clan politics in 2011 by trying to create a largely Ogadeni clan buffer zone between Kenya and Somalia.

Every major incident thus far has provoked the Kenyan leadership into a reactionary round of chest thumping that serves to deepen public fear and despondency and shrinkage of democratic space. Westgate revealed the incompetence of the security services and the extent to which they are simply not coordinated to respond to al Shabaab.

Today, the bulk of al Shabaab’s strategy in Kenya seems predicated on provoking the Jubilee regime into political blunders and actions that serve to further exploit already existing cleavages in the Kenyan polity.

I’d argue that al Shabaab has come to represent the most ideologically coherent and effectively globalised military foe Kenya has ever faced. The group has an ideology in the form of a radical belief system that some people are willing to commit to, to the point of death. They are inclusive – convert to their version of Islam and you can join. Their Kenyan franchise – the shadowy al Hijra and now apparently al Mujaheroun – boasts cadres from a cross-section of Kenya’s ethnic groups. As experts scratch their heads wondering what success looks like to groups like al Shabaab, it has become increasingly clear that the Jihad in and of itself is a holy project; to sustain the conflict is inherent success. As such we can’t bomb an idea into oblivion.

Al Shabaab also allow the youth, especially young men, an opportunity to wield power. Their grievance-based propaganda is far more sophisticated than the government’s sometimes contradictory statements about progress in the war against al Shabaab. But make no mistake about it: al Shabaab’s is an ideology opposed to our democracy and freedoms (especially for women).

Experts I spoke to have almost all emphasised the capacity for al Shabaab to transmutate and adapt. Additionally, they all asked why the Kenyan security establishment is so corrupt, uncoordinated and, of greatest concern, leaks to al Shabaab. Keep in mind the Anglo Leasing contracts of a decade-and-a-half ago were aimed at dealing with the terrorism threat we faced. Instead the ruling mafia decided to feed off the contracts, essentially opening a back door into Kenya for al Shabaab.

Strategically, al Shabaab has achieved one of its initial objectives: it has made entire parts of northern Kenya no-go zones for non-Muslims. Many non-Muslim teachers, nurses, doctors, etc have fled. The terrorists are now evicting the government one village at a time killing soldiers and administrators. Reversing this will likely be a bloody process needing an administration in Nairobi that has the legitimacy to carry the nation with them as they undertake this project.

Last month al Shabaab launched its ‘Ramadan offensive, an attack South of Mogadishu on June 26 that saw more than 60 Burundian Amisom troops massacred. Consequently in the following weeks Amisom is said to have temporarily vacated 11 of its bases around Somalia.

Unfortunately, in the short term, the Kenyan government has alienated its own Somali and Muslim population in its response to al Shabaab, even shutting down Muslim-owned and led forex bureaus and NGOs. Operation Sanitise Eastleigh (Usalama Watch) had the same knee-jerk feel about it. These actions serve to divide Kenyans and undermine the moderate Muslim constituency in light of the humiliations visited upon them.

As such there shall likely be no return to peace in many of the areas al Shabaab is attacking; but rather a calm that will have to be sustained with a strong dose of realpolitik, aggressive inclusivity aimed at the historically marginalised regions and the use of violence only as a last resort, especially when Kenyan Muslims are in the way. The war against al Shabaab cannot be won without the goodwill and support of our own Muslim community. We alienate them at our peril.

John Githongo is active in the anti-corruption field regionally and internationally. [email protected]