Wajir county is a disgrace and den of corruption 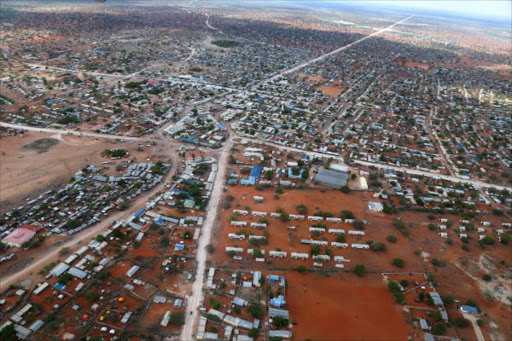 An aerial view of Wajir county.Photo/File

Residents of Wajir have lost confidence in the county government and are sceptical of a report by the World Bank ranking it number one in development expenditure. The World Bank was fooled by what appears to be development commitment by the county.

The governor still retains in his administration two high-ranking officials accused of embezzling millions of shillings of public funds. The county is helmed by personalities who specialise in passing dictates and if, and when anyone defies them, then one falls out of favour with them. That is to say, if residents or civil society in Wajir suggests such officials step aside, the county head regards it as maligning the system.

This notion is misplaced, as healthy opposition is inevitable and a right. It will then be so naive for any government to demean suggestions by the opposition as being out to tarnish or revile their leadership. It is our right to condemn or deplore any anomaly that can be detrimental not only to the image of the county government but even to the governed.

In a democracy, whenever a government official is mentioned in a corrupt deal, it is up to those at the helm to direct the individual to step aside for investigations. This is solely the duty of the governor and his silence will translate to absolute connivance or partisan.

The fact that the county government is tarmacking roads is not a worthy recommendation, as the funds are handy and provided for. Any institution can undertake such projects as long as the funds are available.

Any survey that restricts itself to questioning people in urban centres is inaccurate as these will be largely of the same school of thought. The whole results or report is thrashed out as one-sided emanating from that random polling. Wajir county is far from being “diligently service delivering”, as corruption and inequality in sharing resources and jobs are rife.

Jobs and contracts are given to campaign supporters and political accomplices. Because the county is so expansive, candidates rack up huge debts that need to be offset. The debtors do not have the money to repay the debts. Hence, most contractors in Wajir pursuing high-cost projects are given special consideration to recover money owed. It is a situation where a whole county is repaying personal debts incurred during campaigns.

The anti-graft authorities, on the other hand, are well-placed to curb and prosecute such swindlers but are not doing so. Usually pledges and MoUs are signed between candidates and their supporters for kickbacks such as jobs, contracts and other opportunities upon the candidate's victory.

A case at hand is the appointment of county executives and chief officers. All chief officer and Public Service Board nominees were found fit for office. A tycoon who invested large amounts of money in the campaigns was rewarded twice. He is considered for big contracts such as the tarmacking of a 27km road to Habaswein. His son was appointed county executive.

The Public Service Board is filled with former civil servants who have reached service delivery menopause. The board's offices are regarded as corridors of corruption. Top county officials usually write to the board and instruct it to employ individuals, some of whom lack qualifications.

There are many tractors working around Wajir town in the guise of tarmacking roads, but in the numerous thatched huts of the county are paupers who cannot afford a meal. The major responsibility of any good government the world over is to eradicate poverty. Once the gap between the haves and have-nots is widened, then the leadership needs to be altered or abolished.

Wajir county is a disgrace and people wish for a return to the unitary national government not this so-called devolved system that is an impediment to the wishes of the residents.

Muktar Khalif is a JAP activist and member of Wajir Human Rights Network.