• In the digital age, with numerous social networking apps such as Twitter and Telegram, information spreads like wildfire.

• Amongst the common features include pictures of nudity aka nudes, leaked sex and audiotapes and the occasional WhatsApp mishap. 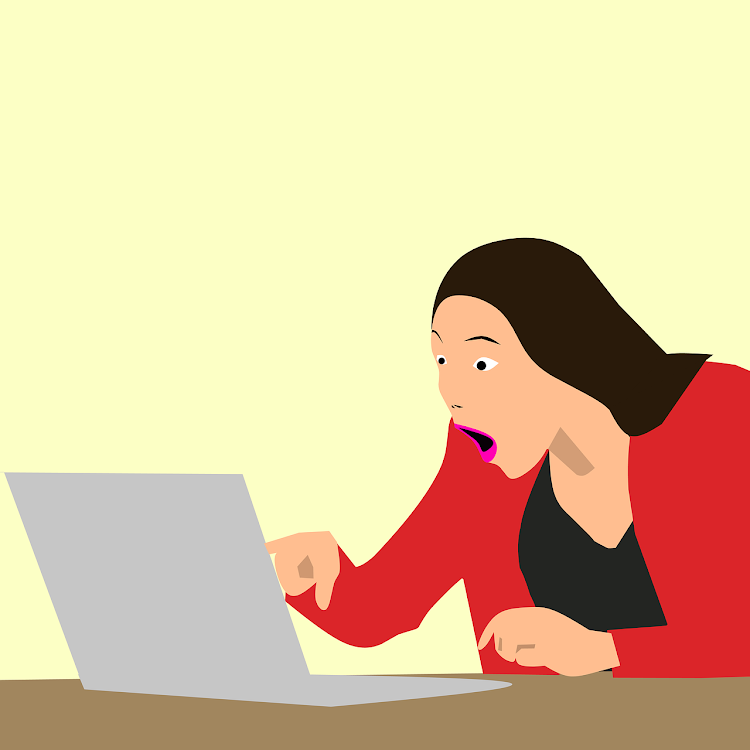 The culture of shaming is has become entrenched in our society, especially on social media platforms. Kenyans love gossip, no doubt. We gobble it up like our favorite meals without thought or hesitation.

In the digital age, with numerous social networking apps such as Twitter and Telegram, information spreads like wildfire. Amongst the common features include pictures of nudity aka nudes, leaked sex and audiotapes and the occasional WhatsApp mishap.

The damage on the other hand has varying degrees of harm, ranging from the occasional trolling online for days to losing a job or divorce. Already, the New Year has claimed its first victim, the girlfriend to renowned actor after videos and screenshots emerged of her dancing naked.

And while this is nothing new to Kenyans, the illegal practice of leaking such content has gained more prominence in recent times, with the culprits getting bolder by the day. Indeed, anything for a like or a retweet is what they say. Some years back, the administrator of a telegram channel going by‘Team Mafisi’ known by the moniker Captain Frisk was arrested by DCI sleuths for the wrongful distribution of intimate images contrary to Section 28 of the Cyber Security Law of Kenya.

It provides that: "Any person who knowingly publishes or distributes any such material is liable upon conviction to imprisonment not exceeding thirty years or fine not exceeding three hundred thousand shillings or both.”

Notable personalities, from politicians, musicians and DJs, have fallen victim to this vice. The practice has bearings from America with top celebrities also falling victim. While some like Kim Kardashian turned their misfortune to global stardom, others were not so lucky, ending up tarnishing their careers as a result. It is why this vice ought to be stopped and fast.

Negative psychological effects include depression, social withdrawal, guilt, self hatred and low esteem. Additionally, victims often develop trust issues following the occurrence of such and this affects their personal and social lives.

Leaks may come from closely trusted persons such exes, friends or even colleagues. Common motivations include jealousy, need for revenge or just sadism. The following tips can help to avoid such;

Do not take photos or recordings of your nudity

The best cure is prevention. It is better safe than sorry. Not every relationship is meant to last. Breakups are especially difficult as they come with lots of emotions on the affected parties. During these moments, people may seek ways to ‘revenge’ against their former lovers.

If you must take any nudes, keep them on cloud

There is likelihood that in our daily hustles we may lose our valuables to petty thieves or just misplace them. To avoid the embarrassment of such exposure, avoid storing such intimate stuff on your device. One recent victim was President Biden’s son Hunter Biden whose computer was recovered from a Delaware repair shop with his nudes.

Do not trust anyone with your nudity

It goes without saying that what happens     in Vegas stays in Vegas.

Finally, some leaks are not deliberate as they can be the work of some malicious hackers. These criminals are often a step ahead of every advanced system or law enforcement agency with no safe too hard to crack and no system too hard to penetrate. While developers try to play catch up with these persons, defense is the best offense. Storage of passwords on devices should be avoided and these passwords should be reviewed periodically to ensure safety. Also, users should constantly check links before clicking them to avoid getting hacked and possibly having their ‘sensitive’ data stolen from them.

Let’s all be vigilant and enjoy a wonderful year on our favourite social media apps of preference.

The 22-year-old pleaded guilty to the charges.
Sasa
7 months ago

Sharing explicit pics online? You could be a psychopath!

From dick pics to lover’s nudes, people do it for ego, likes and revenge
Sasa
1 year ago

People have been questioning her parenting abilities
Sasa
1 year ago
Post a comment
WATCH: The latest videos from the Star
by MWAURA MUROKI
Opinion
16 January 2023 - 05:00
Read The E-Paper