•The meeting between Chinese President Xi Jinping and former Russian president and Chairman of the United Russia Party Dmitry Medvedev on Wednesday was both geopolitically refreshing and reassuring.

•The fact that China and Russia have resisted intimidation by the core bullies is another source of encouragement in the future security prospects for developing countries. 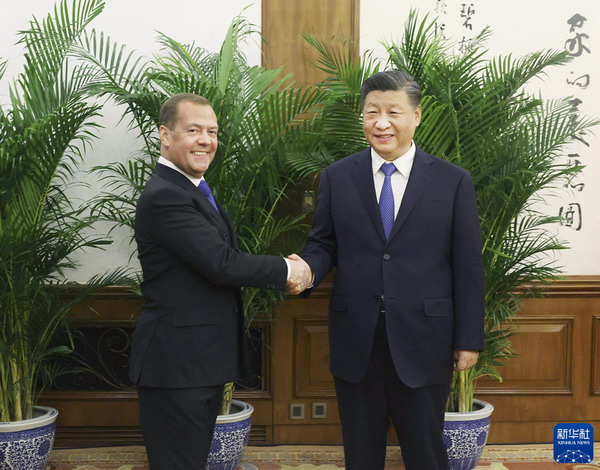 On December 21, 2022, President Xi Jinping met with Chairman of the United Russia Party of Russia Dmitry Medvedev, who visited China at the invitation of the CPC, at the Diaoyutai State Guesthouse.
Image: COURTESY

Wallerstein, countries belong to a three-level hierarchy consisting of core, periphery, and semi-periphery categories. The core countries, which are understandably the small club of Western developed economies, dominate and exploit the peripheral countries. The latter are basically the developing economies who need a lot of foreign development assistance.

In the middle of the hierarchy are the semi-peripheral countries, which consist of emerging bit solid economies like Brazil, Russia, India, China, and South Africa (BRICS). These are neither developed in the Western definition, nor are they conversely poor.

Looking at the world today, it is not difficult to discern how this system is playing out, as symbolized by the hegemony led by the US and its allies. From Africa to Asia, the United States (US) has gone on a spree forming blocs in a move reminiscent of its infamous mantra during the self-serving war on terrorism – “you are either with us or against us”.

Fortunately, China and Russia are rising to the occasion and taking their rightful place in history. The meeting between Chinese President Xi Jinping and former Russian president and Chairman of the United Russia Party Dmitry Medvedev on Wednesday was both geopolitically refreshing and reassuring.

In a restless world, the coming together of these two powerful albeit semi-peripheral countries offer an alternative to the West’s waning global influence due to various global challenges and developments. As President Xi noted during the meeting hosted by the Communist Party of China, China and Russia are ideally placed to jointly promote global governance in a more just and reasonable direction.

Through pragmatism, the partners have withstood the test of global changes. At the height of the Covid-19 pandemic, for instance, China and Russia donated billions of vaccines and other resources to peripheral countries. The material and non-material donations saved millions of both lives and livelihoods while core countries were smarting from the vagaries of the pandemic.

Amid the West’s onslaught and apparent incitement to another Cold War, China and Russia have categorically rejected polarization and partisanship. For the last several decades since the two influential countries launched diplomatic relations, they have enjoyed close economic, military and political relations. Moreover, the duo has shunned interfering in the internal affairs of other countries, always advocating for negotiation during conflict. 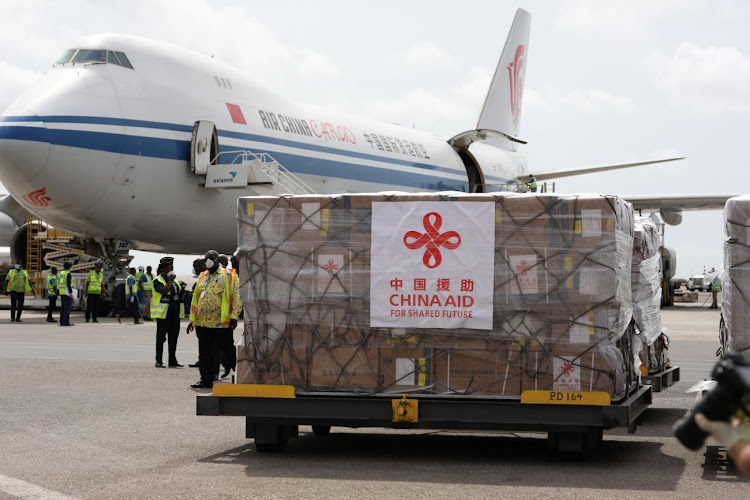 At the height of the Covid-19 pandemic, China and Russia donated billions of vaccines and other resources to peripheral countries. Here medical supplies arrive at the Kotoka International Airport in Ghana on a Chinese Government chartered aircraft in April 2020 during the height of Covid-19.

Developing countries are increasingly tapping into the huge capacity of Sino-Russian synergy in many areas. For example, the African continent and China have formed a comprehensive strategic partnership under the Forum for China-Africa Cooperation (FOCAC). Most African countries are basically in the periphery, and FOCAC has been a boon, particularly in their trade and infrastructural development. Sino-Russia relations are spread in various fields including aviation and agriculture, technology and e-commerce, and even people-to-people exchanges.

Relations between Russia and Africa have also grown over several decades to the currently strong partnership. The two are set to meet in the Summer of 2023 for the second Russia–Africa Summit. The agenda will focus on peace, security and development. Africa has come of age, and the continent’s independence and maturity have been evident by refusing to be dragged into condemning Russia for the war with Ukraine.

As the leading lights in the premier BRICS developing countries’ platform, China and Russia have created a new multilateral and inclusive development paradigm. Many developing countries have benefitted immensely from economic relations particularly with the global economic powerhouse, China. Developing economies are now having a bigger say in their economic priorities away from the straitjacket economic conditions usually set by the foreign aid hawking Bretton Woods institutions.

As major developing countries, China and Russia have proved the fact that each country and region can develop tremendously using its own ingenuity, rather than try to copy and paste foreign economic models. Most likely, China could not be the second largest economy in the world had it borrowed economic models not suited to its national conditions. Ditto Russia.

Significantly, the two strong economies also share communist and socialist ideals as their governance systems. There has been an erroneous impression touted by core countries that liberal capitalism is the best and universal system for any country that wants to develop economically. This is an expensive system that has actually made many countries economically stagnant due to its penchant for conspicuous consumption.

The fact that China and Russia have resisted intimidation by the core bullies is another source of encouragement in the future security prospects for developing countries. It is not in doubt that in its months-long war with Russia, Ukraine is fighting a proxy war for the US and its allies in the North Atlantic Treaty Organization (NATO).

But even with both billion-dollars military and diplomatic backing, Russia has made inroads in its quest to secure its quest territorial integrity from breaching by NATO. This would not have been possible a decade ago as the Western bloc was too powerful compared even with the semi-peripheral countries to be challenged.

Successful Sino-Russia relations are good for the world in ensuring that there is perfect balance and harmony between the three hierarchical levels of power.

Post a comment
WATCH: The latest videos from the Star
by STEPHEN NDEGWA
Opinion
04 January 2023 - 09:37
Read The E-Paper