GIKUNDA: Kawira Mwangaza won the battle but lost the war

Where will the Governor begin as she tries to build a working relationship with the MCAs?

• The motion of impeachment against Meru Governor Kawira Mwanga has got me thinking about temporary victory.

• How will one winner will work with 68 losers? Where will the Governor begin as she tries to build a working relationship with the MCAs? 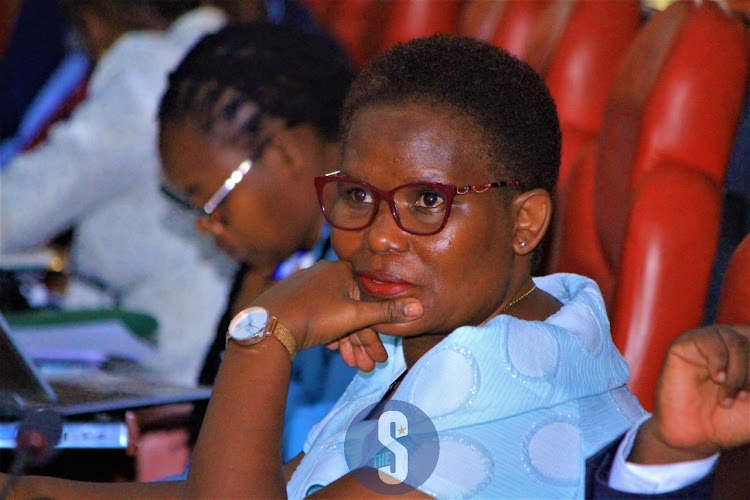 Meru Governor Kawira Mwangaza follows proceedings during the hearing of her Impeachment case at the Senate chambers on Tuesday, December, 27 2022
Image: EZEKIEL AMING'A

“War ends at the moment when peace permanently wins out. Not when the articles of surrender are signed or the last shot is fired, but when the last shout of a sidewalk battle fades, when the next generation starts to wonder whether the whole thing ever really happened,” Lee Sandlin said.

The motion of impeachment against Meru Governor Kawira Mwanga has got me thinking about temporary victory.

I am imagining how one winner will work with 68 losers. Where will the Governor begin as she tries to build a working relationship with the MCAs? Let me summarize the development with the following analogy.

In a classic American folktale, a stubborn railroad worker decides to prove his skill by competing with a drilling machine. John Henry, enraged to hear that machines might take his job, claimed that his digging abilities were superior.

A contest is arranged. He goes head to head with the new drill. The result is impressive - the drill breaks after three metres, whereas John Henry makes it to four metres in the same amount of time. As the other workers begin to celebrate his victory, he collapses and dies out of exhaustion.

Henry might have been victorious against the drill, but that small win was meaningless in the face of his subsequent death. In short, we can say he won the battle but lost the war.

Winning a battle but losing the war is a military mental model that refers to achieving a minor victory that ultimately results in a larger defeat, rendering the victory empty or hollow. It can also refer to gaining a small tactical advantage that corresponds to a wider disadvantage.

One particular type of hollow victory is the Pyrrhic victory, which Wikipedia defines as a victory that “inflicts such a devastating toll on the victor that it is tantamount to defeat.” That devastating toll can come in the form of an enormous number of casualties, the wasting of resources, high financial costs, damage to name, and other personal and emotional losses. Or, in that folktale, Henry’s death.

Another hollow victory occurs when you engage in a conventional war and prompt a response from an opponent who has significantly more firepower than you do.

The attack on Pearl Harbor was considered a victory for the Japanese. However, by provoking an army with superior forces, they set something in motion they could not control.

While the concept of a hollow victory arises in military contexts, understanding the broader principle allows you to apply it to other areas of life. It can often be helpful in the context of non-zero-sum situations, in which both parties suffer even if one has technically succeeded.

We have won a battle but lost a war whenever we achieve some minor (or even major) aim that leads to wider loss. We might win an argument with a partner over a small infraction, only to come across as hostile and damage the relationship. We may achieve a short-term professional goal by working overtime, only to harm our health and reduce our long-term productivity. We might pursue a particular career for the sake of money, but feel unfulfilled and miserable in the process.

I would like to see the Kawira impeachment and subsequent victory in the above context. She may have won the battle but subsequently lost the war considering that 68 MCAs have unresolved issues with her.

Ashford Gikunda is a doctorate student in Project Planning and Management at UoN.

Post a comment
WATCH: The latest videos from the Star
by ASHFORD GIKUNDA
Opinion
03 January 2023 - 05:00
Read The E-Paper